Whither the Conservative Coalition? 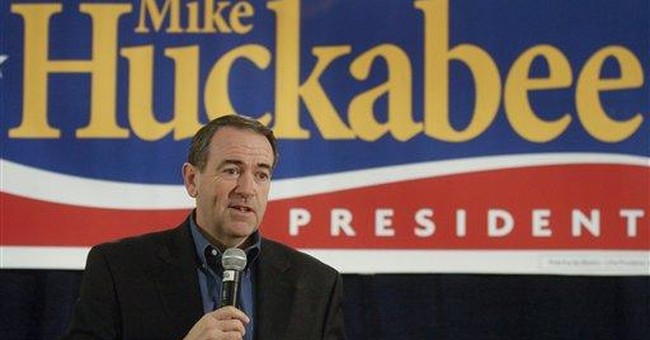 What will the right-of-center coalition in American politics look like in five or 10 years? Before considering that, let's consider what it looked like in, say, 1940 and 1980. In 1940, the conservative alternative to FDR was in the minority. It was largely anti-New Deal, somewhat anti-Catholic, pro-domestic free market, pro-protectionist, isolationist in its Midwestern center of gravity (with a more internationalist Northeastern wing). It was strongly opposed to the draft (the August 1940 vote in Congress for the draft had 182 Democrats and only 21 Republicans supporting it. The no vote was 133 Republican, 65 Democratic.) Culturally, particularly in the Midwest, there remained a strong anti-alcohol consumption attitude.

By 1980, the newly forming Reagan right-of-center coalition was ready to start winning national elections. The small government, domestic free market component of the coalition remained from the 1940s. A strong libertarian element also became part of the coalition that, in the past, had been in favor of using government to enforce social and moral standards.

Also, its foreign policy was now strongly interventionist, in favor of an expanded military and, notably, no longer anti-Catholic. The Reagan Democrats (who added to the free market and interventionist factions to form a majority electorate) were largely white Catholic Democrats alienated by the cultural excesses of the McGovernite Democrats. Steadily adding to the size of that majority coalition in the 1980s was the expanding Protestant evangelical vote (about 15 percent of the entire electorate in the late 1990s; and up to 20-25 percent of the entire electorate by 2004). The outlawing of prayer in public schools and the permitting of abortion and racial busing were strong forces driving both Catholic Reagan Democrats and fundamentalist Protestants into the Reagan coalition.

It is noteworthy that the Northern Catholics had been reliable union member votes for the 1932-1976 FDR coalition, while many of the Southern conservative Protestants previously had been supporters of Southern economic populist Democratic candidates. To some extent, culture shock trumped economics and drove those voters from a left-of-center coalition to a right-of-center coalition. In each case, their presence was the element that made their coalition the majority.

So what would a majority right-of-center coalition look like in the next decade or so? It would have to hold almost all of its Reagan coalition plus gain the support of at least 40 percent of the growing Hispanic vote. As the white percentage of the country moves from 75 percent of the country (in 2000) toward 50 percent by 2050, there won't be enough white people to make the 1980s-era Reagan coalition a majority. Depending on birth, immigration and voting rate changes in the coming decades, the right-of-center coalition would need between 40-45 percent of the emerging Hispanic vote to supplement the shrinking white percentage.

It is pretty obvious that, in a time of prosperity (post-World War II America), the left-of-center economic and populist appeals to Northern Catholics and Southern Protestants were less compelling than the cultural fears being generated by society. But in hard times -- or, equally importantly, if hard economic times are expected and dreaded -- the historic appeal to those voters of populist and left-of-center economic arguments may regain their potency. If those blue-collar, rural, culturally and religiously conservative and (in part) lower-middle-class voters switch their electoral loyalty back to the left-of-center economic-argument-based coalition, that will be the end of a majority right-of-center coalition.

Although the economy remains strong, the public's economic anxiety about the future has been building steadily during the past half-decade. The emergence of China and India is engendering growing anti-free trade feelings (even 59 percent of Republicans now believe free trade hurts America, according to a recent Wall Street Journal poll). Ever-rising health care costs and the anticipated burden of taking care of the boomer parents as we mentally and physically start declining add to the economic fears for young and early middle-aged Americans.

It is precisely these kinds of economic fears that Mike Huckabee is talking to (as well as his religious and culture message). Whatever happens to his candidacy in 2008, I think it is highly likely the Republican Party (as the presumed continuing vehicle for a right-of-center coalition) will have to talk persuasively to the growing economic anxiety.

It is possible that the case for confidence in continuing economic prosperity can be made convincingly to the public. In that case, the appeals of populism and big government programs may fail -- at least for a sufficient percentage of the public to maintain a majority free market, low-tax coalition.

But if public economic anxiety persists amongst these key elements of the right-of-center coalition, at some point, the free market advocates will have to consider modifying their policy if the coalition that makes possible any free market policy is to continue to be politically viable.

The FAA Approves Media Drone Flights After Being Embarrassed by Texas DPS
Townhall
'Has someone checked on AOC?': Capitol Police report man with knife arrested at #JusticeForJ6 rally
Twitchy
Sarah Palin Is Making a Comeback, Whether You Like It or Not
Redstate
Contradictions Gone Viral
PJ Media