September May Be the Cruelest Month 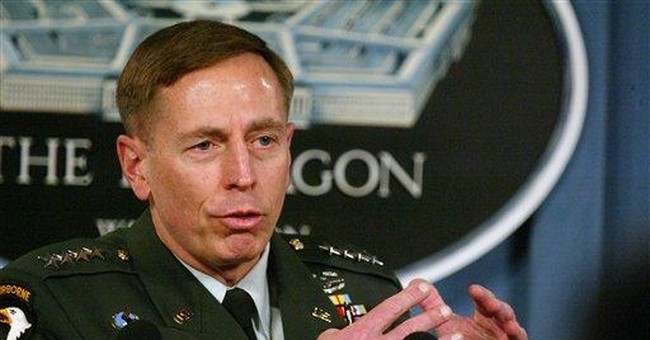 The political and policy planets are beginning to come into ominous alignment over Iraq and Washington. As electoral prospects for Republicans in 2008 continue to grow darker, the urge of GOP congressmen and senators to break with the president over the war will only grow stronger.

As I have been saying for months -- and as Sen. Trent Lott said publicly earlier this week -- September will be the month of reckoning. And that reckoning may wreck the world's chance to stave off a Middle East disaster that will probably follow a premature American exit from Iraq.

(Regretfully, Gen. Petraeus has said that he will know by then whether things are turning around -- although his own counter-insurgency writings recognize that successful counter-insurgency is measured in years, not months. September also follows the August congressional break, when congressmen will get an earful on Iraq from their voters. September is also the month when the new fiscal year's military budget gets voted on.)

No even middling student of history can be anything less than appalled at how often mankind lurches into its episodic catastrophes due to momentary lapses of common sense shared by vast majorities.

In 1914, from London to Paris to Berlin to Vienna to St. Petersburg and Moscow, most people briefly thought that World War I would be over and won by Christmas. In retrospect, the known close balance of lethality held by the two belligerent alliances (and the advantage the machine gun gave to the defense) should have led people to presume a long and bloody abattoir of a war.

In the 1930s, the idea that the manifest expansive urges of the Japanese Empire and Hitler's Germany would somehow be self-limiting should never have become the consensus expectation both in Europe and the United States.

But when the people abandon common sense for wishful thinking, they are not likely to be led back to safety by their leaders. (And it is the people who pay the price in blood. The leaders rarely die with their boots on.) Cynical or foolish politicians will reflexively give the people what they want. Even most sincere and thoughtful politicians will rarely find the strength to long resist the urge of the public. Vox Populi, Vox Dei -- (although sometimes politicians should listen to the advice given to Charlemagne by his advisor, Alcuin: "And those people should not be listened to who keep saying the voice of the people is the voice of God, since the riotousness of the crowd is always very close to madness.")

But whether riotous or not, the popular will is hard to resist. That is why this week's Newsweek polling data is so ominous for prospects in Iraq. Putting aside the poll's measure of President Bush's approval (28 percent -- 4 to 6 points lower than most other polls currently measure), it is the notional head-to-head polls between leading Republican and Democratic presidential candidates that will strike fear into Republican hearts.

Where, a few months ago, Giulliani beat (by 5-10 percent) and McCain beat or tied all Democratic comers, in this week's poll, Giuliani loses to Clinton by 3 percent, to Edwards by 6 percent and to Obama by 7 percent. (For a net negative turn around of 10-15 percent for Giuliani). McCain loses worse, respectively, by 6 percent, 10 percent and 13 percent.

As neither the Democratic nor Republican candidates' campaigns (nor their parties' general efforts) have been strikingly strong or weak in the last month, what these shocking shifts demonstrate is the virtual collapse of the Republican brand appeal in the face of the continuing bad news from Iraq.

Unless the numbers shift back by September, Republican congressmen will naturally assume that they are looking at the prospect of a 2008 electoral drubbing along the lines of post-Watergate 1974 or Goldwater 1964 (let us pray they don't add to that list Hoover 1932).

Assuming continuing bad news and bad polling in September, enough Republicans may well support the Democrats' inevitable "out by the spring" military appropriation to allow for a successful override of the president's certain veto. Then the president may try to challenge congressional authority in court (perhaps relying on the 1861 Food and Forage Act, if Congress doesn't exempt their cut-off from that law, which permits an army to stay in the field without appropriated monies.)

Perhaps the president will win in court. Perhaps things will be seen to be getting much better in Iraq. Perhaps fewer Republicans will cross the aisle, and instead stick with their commitment to our national security requirements. Perhaps the Democrats will so grossly demonstrate their unfitness for national leadership that they lose electoral credibility (although their growing electoral strength in the face of their already clearly grotesque irresponsibility makes one wonder what more they could do that might, finally, appall the public.) But a betting man wouldn't count on it.

This year, September looks to be the cruelest month.