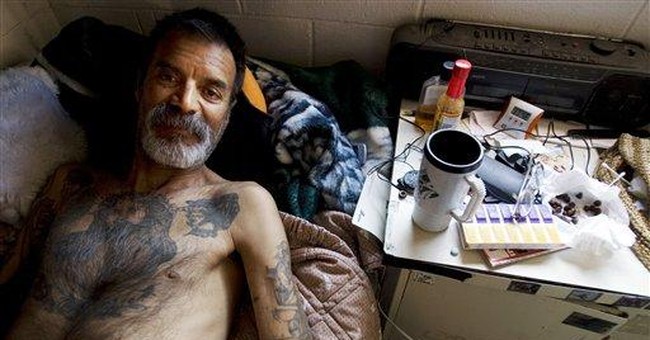 The opponents of immigration enforcement have stooped to a new low in Arizona with their latest attempt to undermine the state’s workplace verification laws. After exhausting their usual tactics, they are resorting to outright and intentional deception of the voters. This November, Arizonans will vote on Proposition 202; which will be described to them as such:

If this were all I knew about Prop 202, I’d wholeheartedly support it; and the initiative backers are hoping that voters won’t learn anything about the initiative beyond the title.

Arizona does not need a new law against illegal hiring. It already has the toughest workplace enforcement law in the country. The Legal Arizona Workers Act (“LAWA”), which was enforced in the beginning 2008, is the first state law to require all employers to use the E-Verify worker identification system. E-Verify is a nearly fool proof electronic data-base system that makes sure an job applicant is here legally. Arizonans on both sides of the immigration issue agree that the law has had a huge impact in keeping employers from hiring illegal aliens and, in turn, causing the illegals to leave the state.

The Stop Illegal Hiring Act effectively overturns Arizona’ current employer sanction laws. It completely removes the E-Verify requirement that was central to the success of LAWA. It forbids Arizona from acting against employers until the federal government does so first, but it’s the federal government’s failure to act that makes the law necessary in the first place. On top of all this, it gives amnesty to employers of illegal aliens, and bans whistleblowers from alerting the authorities to illegal hiring.

The importance of preserving laws such as LAWA cannot be underestimated. During my ten years in Congress I have fought in vain to get the federal government to take action against illegal immigration. States and localities, however, have had a great deal of success in cracking down on illegal immigration. From small towns like Hazelton, PA and Farmers Branch, TX to states like Georgia, Oklahoma, and my home state of Colorado; patriotic citizens and legislators have taken action when the government refuses to do its duty. As the illegal immigrants leave states that get tough, they bring pressure on neighboring states and the federal government to take action as well.

Arizona has been in the vanguard of this movement. It passed Prop 200 in 2004, which took away many taxpayer benefits to illegal aliens; and then passed four other initiatives that got tough on illegal immigration in 2006 with well over 70% of the vote.

Usually the pro-immigration groups try to overturn the will of the people in the courts. With both the Arizona and Greater Phoenix Chambers of Commerce as well as heavily funded left wing legal outfits like the ACLU and Mexican American Legal Defense Fund as plaintiffs, and government executives who are often just as eager to have the laws overturned charged with defending them; any state law against illegal immigration immediately faces an uphill legal battle.

The business lobby tried this tactic with both Proposition 200 and then with LAWA, but after the most left wing Federal Appeals Court in the country upheld the law, their last resort is outright deception of the voter. With little fanfare, a business group called Wake Up Arizona—who were one of the primary plaintiffs against the current employer sanction laws—have managed to sneak the misleading initiative on the ballot.

Recent polls show that when given the title of the act and the misleading description, voters would support Prop 202 by a margin of 2 to 1. However, when explained that it guts the enforcement mechanisms in LAWA, voters oppose Prop 202 by 5 to 1.

If there was ever a case of a wolf in sheep’s clothing, this is it. Even citizens who oppose LAWA should be outraged by how dishonest and undemocratic the tactics used by Wake Up Arizona.

Unfortunately, Arizonans who want their laws against illegal hiring preserved do not have multimillion dollar legal groups to try to keep the proposition off the ballot. The only hope is to educate the voters before they go to the polling booths that if they want to stop illegal hiring, they need to vote no on Prop 202, the Stop Illegal Hiring Act.