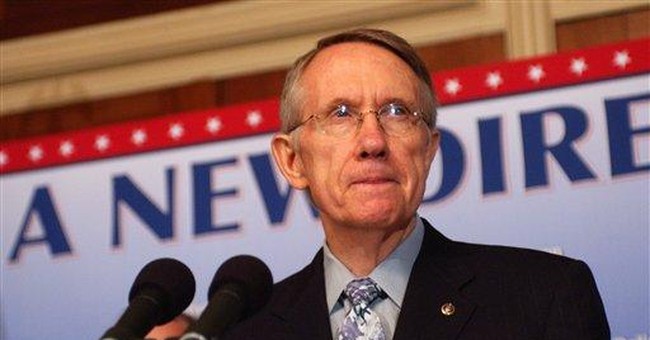 The First Amendment of the Constitution reads, “Congress shall make no law respecting an establishment of religion, or prohibiting the free exercise thereof; or abridging the freedom of speech, or of the press; or the right of the people peaceably to assemble, and to petition the Government for a redress of grievances.”

More recognizable perhaps than any other provision of our Constitution, the freedoms bestowed to the American people by the First Amendment have been treasured for more than two centuries. Throughout our history, Americans have vigilantly fought to defend these freedoms.

Shockingly, Americans today face a Democrat Congress seeking to deteriorate our freedom under the guise of “fairness.” Our First Amendment rights are being threatened by Congressional Democrats who seek the revival of the Fairness Doctrine, a law to drastically increase government regulation of free speech on television and radio. The proposal requires Washington regulation of news and debate in the media.

The American people know an open society, the ability to speak freely, is fundamental to a functioning democracy. The free flow of information empowers the electorate against an overbearing government. It is impossible to have a government of, by and for the people without an active media and electorate freely sharing information and opinions.

Throughout history, freedom-averse nations have used government control over the media to advance political propaganda and suppress opposing voices. During the Cold War, the Soviets used censorship to hide the atrocities of their oppressive government from its unknowing people. But Mikhail Gorbachev’s openness doctrine, Glasnost, led to the demise of the communist regime.

Even today we can see the practice of oppressive censorship in place in Venezuela. For more than five years, Venezuelan President Hugo Chavez has used the media to spread his socialist propaganda and silence those critical of him. In May of 2007, freedom-respecting Venezuelans protested in the streets of Caracas as Chavez closed the last remaining independent television network.

The dishonestly named “Fairness Doctrine” was a 1949 Federal Communications Commission (FCC) rule that required broadcasters to provide equal time for “contrasting points of view” on matters of public importance. It is a relic of a bygone era when the majority of news and information was distributed by one or two outlets. At the time, a lack of competition in news raised concerns that a lone broadcaster could control the nation’s thinking.

Today, justification for the Fairness Doctrine is folly, as Americans have innumerable resources to access public information and debate. The advent of the internet and the booming cable and satellite radio industries have given an interested American more competition of ideas than at any time in our nation’s history.

The crux of this debate is the Democrats’ desire to stonewall conservative talk radio. While talk radio may lean to the right, this is not because of any inequity in our system. Talk radio is among the most egalitarian, open vehicles for political speech. No other medium gives Americans as much freedom to share with the masses their individual views on the issues of public importance.

Democrat leaders are unwilling to recognize that, regardless of the current political climate, we are a right-of-center nation. Poll after poll has shown that the average voter considers themselves leaning right. Liberal rhetoric simply does not resonate with the average hard-working American, and this is translated over the radio waves. Rather than accept public discussion of ideas that conflict with leftward Democrats, they desire to silence public opinion.

Their proposal is about suppressing political speech that is inconsistent with a liberal ideology. An insult to American intellectual freedom and a blow to the freedom of the press, the proposal reveals to all Americans that Democrat leaders do not respect your right to speak freely.

At every turn, this new Democrat majority is calling for increased Washington control over the lives of Americans. Now they are working to extend their blanket of authority onto political speech and the public airwaves.

The American people refuse to move in the direction of Soviet-era Russia and Chavez’s Venezuela. There is no greater fairness than freedom, and America will forever vigilantly stand for our freedom of speech and expression.