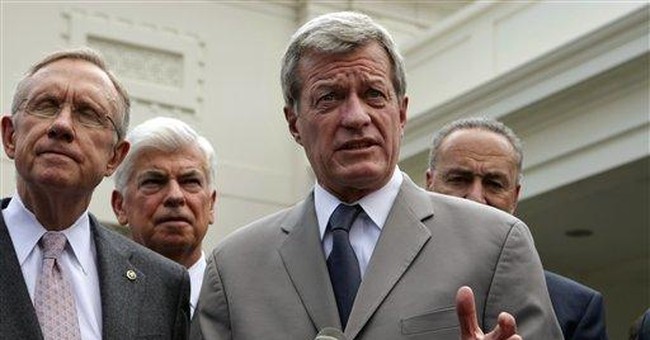 Have you ever been to the Goshen Fair? If not, you should go sometime or to one like it. When you do, you will see a healthy cross-section of hardworking, family and community oriented, mostly non-urban, Americans. I was at the Goshen Fair on Sunday. After trying my first deep fried Oreo cookie, I began chatting-up fair goers.

My assessment of the mood in Goshen is that everyone is at least concerned about how Washington is running the country, while many are highly agitated and angry. There is a palpable sense that Washington isn’t doing enough to create more jobs and get the economy going again. Instead, Washington is spending away our children’s futures on pet pork-barrel projects, fat cat bailouts, and an overhaul of our healthcare system for which there is no electoral mandate and has been no real public debate.

I happen to agree with the people I met in Goshen. Our leaders in Washington are on a spending spree while the average American is struggling to pay his or her bills and to restore financial sanity to their households. I have some suggestions for what can be done to reverse the credibility gap that has so rapidly developed between citizens and their representatives in Washington.

First, now that the destabilizing effects of the financial crises have passed, Congress should review and eliminate the spending provisions in the fiscal stimulus bill that weren’t going to provide stimulus in the first place or are no longer needed. Doing so could lower the cost of that legislation, some say by as much as several hundred billion dollars, and commensurately reduce the future obligations we are placing on our children.

Second, Congress needs a new approach to the healthcare debate. Most Americans agree that health insurance should be available to more people and health care costs need to be reduced. But it simply doesn’t square with most Americans that a large new government program is needed or that such a program will bring healthcare costs down. If anything, government programs tend to start small, like Medicare, and grow into large, poorly administered, and colossally expensive programs in one or two generations. It doesn’t take a policy expert to know that a new government insurance plan is likely to develop in this way. Furthermore, there is something that feels tricky in the way it is being sold to us.

There are good private sector options for broadening the availability of coverage. Many states have experimented with these options and there are good data on which ones are likely to be most effective. Unfortunately, none of these options is being adequately explored or debated in Washington as advocates try to ram through a government run plan.

Consumers of healthcare services know from experience that there is a lot of waste and inefficiency in the system. Most experts agree that healthcare costs could be reduced by twenty percent or more through a combination of the following: 1) promoting healthier behavior through incentives for quitting smoking, reducing obesity, and improving diet and fitness; 2) reducing the anti-competitive effect of state coverage mandates that make each state a distinct health insurance market and limit competition; 3) converting to standardized electronic record keeping and improving availability of non-personal medical statistics; and, 4) improving the way medical errors and medical malpractice are determined and victims are compensated.

The problem, again, is that there has been too little analysis and public debate about the options for reducing expense. Reasonable people ask, “With so much at stake, what’s the rush?” It is a good question that should, and does, raise eyebrows. Do the people rushing all of this through worry that the government insurance plan and other favorite aspects of their healthcare reform proposal won’t survive an open and thorough public debate? In Goshen people smell a rat.

I hope our Washington representatives spent some of their recent recess talking to regular people like those in Goshen. If they did, they should reassess their strategy when they return to Washington this week. They should reverse the reckless spending provisions in the fiscal stimulus bill, introduce a twelve to twenty-four month public debate period to make sure we have the right answers before making major changes to our healthcare system, and discontinue any discussion of a large new government program. With this approach, the Goshen grievances will dissipate and trust in Washington may begin to recover.