Are Democrats Overstepping Their Bounds? 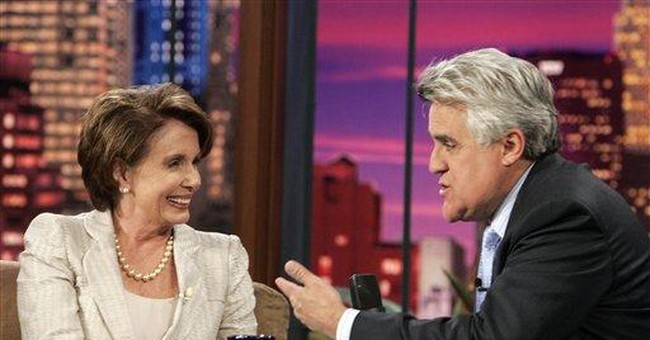 The Democrats' overstepping of their electoral mandate began on election night, when they misinterpreted the election as a broad affirmation of liberalism instead of a protest against the lack of progress in Iraq. The American people did not suddenly, last November, decide their taxes had become too low, government spending needed a huge boost, that they wanted to pay for the destruction of human life for scientific research or that homosexuals have a right to marriage.

Nor did they sign up for Nancy Pelosi's lose-at-all-costs, cut-and-run agenda on Iraq. The American people, both Republicans and Democrats, were and still are frustrated about the war. But while Democrats are angry the war exists at all, most Americans are angry only that we haven't won it yet, or at least that media reports don't seem to suggest we're in the process of winning. Most Americans want us to win in Iraq; most Democrats want us to quit.

There are two main reasons Democrats don't understand this.

First of all, leading Democrats have a much easier time living a life of ideological isolation than Republicans do. When you're a liberal, you hang out with other liberals, you probably live in a city with other liberals and, when you turn on the television, you watch more liberals. Conservatives, on the other hand, even if they choose to spend their time with people who share their values, are still forced to live in a liberal popular culture. That is, leading conservatives can't get through the day without running into liberals and moderates. Liberals, on the other hand, can go weeks without actually listening to a conservative. Democrats are much more vulnerable to ideological overreach because of their ideological isolation. It's worth remembering that after Richard Nixon's 49-state landslide in 1972, liberal writer Pauline Kael said, "I don't know a single person who voted for him."

The lesson of the Democrats' first 100 days is that they still don't get it. Their cynical, pandering move to deny union workers their right to a secret ballot was the act of an ideological bully, not a sensible majority. Their inability to pass a minimum wage bill -- probably the most easily communicated Democrat message of all -- speaks to a fundamental lack of leadership. Their move to deny troops the resources they need to fight and win in Iraq is idiotic, to say nothing of un-American. And yet, everywhere they go, Democrats will be feted by other liberals for their courage -- all the way to a loss in the 2008 elections.

The second reason Democrats have overstepped their mandate is that they don't have an explicable agenda. In the last month of the campaign before last November's elections, their leaders were yanked from the stage, umbrellas around their necks, vaudeville style. They hid their true ideas from the public and ran simply as "Not Bush," which was enough to win. Once.

One detects a pattern that speaks to one underlying truth: Elite, insular, liberal Democrats are ill-equipped to govern the United States, because where they really want to govern is France.

Last November, Democrats ran without an agenda and thus won without a mandate. Everything they do to satisfy some liberal constituency group, every item they cross off their agenda, will simply be another nail in the coffin of their majority.

My advice: Keep up the good work.