Scooter Libby is no Bill Clinton 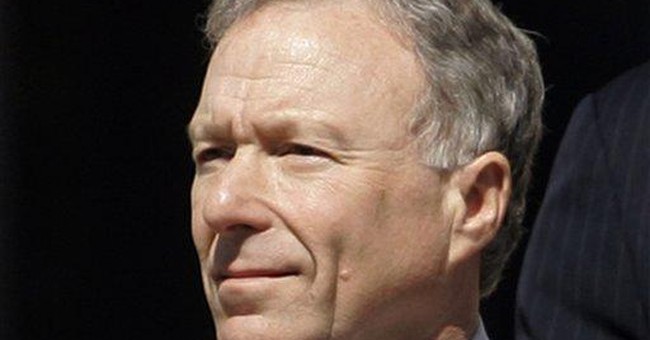 The only thing the Scooter Libby and Bill Clinton perjury cases have in common is the charge. They were both accused of lying under oath. Perjury, of course, is a grievous crime. Republicans who try to minimize the seriousness of perjury now -- just like Democrats who tried to do so then -- are either partisan hacks or unforgivably blind to the legal chaos of an unenforceable oath.

If, in fact, Scooter Libby lied under oath, then he broke the law and needs to pay a price for it. But, as with all crimes, the punishment ought to be proportional to the transgression. As best as anyone can tell, given the Byzantine complexity and minute stakes of the case, Scooter Libby and Tim Russert have different recollections about a conversation they had about whether someone had told one of them that someone's wife had recommended him for a job before a whole other series of lies cropped up about the nature of that job. If it's even possible to obstruct justice in such a ridiculous scenario and Scooter Libby did so, then those who want to lock Libby up have a point in their favor.

They must, however, reckon with several facts that are nothing if not mitigating. First of all, it is now clear to all of us that there was no underlying crime -- that is, if Scooter Libby lied about what he did or did not remember saying in conversations with reporters, he was not lying to mislead anyone about any wrongdoing. That is, if he lied, he lied about what he had heard from someone else in another conversation, and whatever that might have been, it was perfectly legal.

President Clinton, on the other hand, lied about everything, which ultimately resulted in an admission of what amounted to perjury and obstruction of justice. For his crimes, he was disbarred by the Supreme Court and the State Bar of Arkansas. He paid $25,000 in fines and an $850,000 settlement in the Paula Jones case, and he admitted to the independent counsel that he had intentionally given misleading testimony and undermined the administration of justice. History will also note that he was the first elected president ever to be impeached. Indeed, President Clinton's criminality is practically the only part of his legacy that is clear-cut.

Perjury. Subornation of perjury. Obstruction of justice. Abuse of power. Clinton lied not about what someone said to someone else but to cover up crimes he himself had committed.

Another glaring difference is Libby's immediate decision to resign upon his indictment. This is what scandal-poisoned government officials are supposed to do, rather than drag the country through their own personal dramas. As president, Clinton couldn't be indicted, so he never needed a pardon. He was able to settle his case before leaving office exposed him to criminal prosecution.

Libby has no such leverage over the system, and even so, few serious-minded people in the country seem to think he shouldn't be pardoned. The jurors in the case, even the ones who dislike President Bush and wanted higher-ranking officials brought to justice, have gone on record supporting the pardon idea. Libby is a victim of an out-of-control prosecutor -- something I know a little bit about -- and a politically hostile judicial system. It is almost impossible for a high-ranking conservative to get a fair trial in Washington, D.C. The media was howling for Libby's head for months, while leaving unfettered every hair on the head of Richard Armitage, the State Department official who actually outed Valerie Plame. Luckily for Armitage, he was against the war, a get-out-of-jail-free card for anyone associated with this idiotic scandal.

In fact, comparing the Scooter Libby and Bill Clinton perjury cases is like comparing apples and oranges, except the oranges are all rotten and sleazy and hire private investigators to dig up dirt on the women who credibly accuse them of unwanted sexual advances, harassment and assault, as well as order government officials to lie to the American people and slander anyone who calls the oranges out on the lying.

Of course Scooter Libby should be pardoned. He did nothing to deserve the shabby treatment he has received by the media and the criminal justice system. His true crime was supporting President Bush and his leadership in the war on terror. Pardoning Scooter Libby is the right thing to do, no matter what your definition of "is" is.