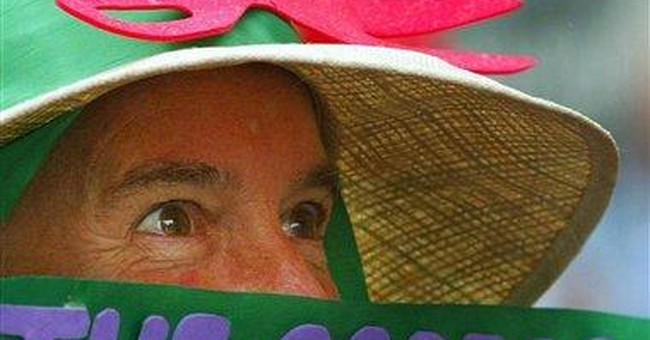 As global warming legislation heats up this summer, one of the more frightening developments for free-market and limited government advocates is the United States Climate Action Partnership (USCAP) – a coalition of corporations and environmental activists. After years of adversarial and contentious relationships, some of the largest corporations are now collaborating with their former foes in pursuit of global warming regulations.

The combination of financial, lobbying and grassroots advocacy represents a potentially overwhelming political force. Corporate support for global warming regulations may very well tip the lobbying balance in favor of laws that essentially gives the federal government the power to set energy prices at a great cost to our standard of living and liberty.

In reality, the industry and activist alliance is a manifestation of the corporate social responsibility (CSR) movement where companies are encouraged to go beyond their legal obligations to address environmental and social issues and actively work with stakeholders – even those opposed to their business practices.

Through CSR, a symbiotic relationship was born where companies learned it was easier to appease critics and avoid public controversy while the activists recognized they could get corporate financial support and legitimacy by working with companies.

USCAP is comprised of more than twenty companies including corporate titans General Electric, DuPont, PG&E and Caterpillar and is joined by six environmental advocacy groups including Natural Resources Defense Council, Environmental Defense and The Nature Conservancy.

USCAP’s goal is “to call on the federal government to quickly enact strong national legislation to require significant reductions of greenhouse gas emissions.” USCAP is guided by six operating principles but its policy goal is to establish a Kyoto type treaty cap-and-trade regulatory scheme that sets limits for carbon dioxide emissions – a greenhouse gas.

Under cap-and-trade, the government gives or sells to companies a specific amount of carbon dioxide they are allowed to emit (the cap) and if they don’t use their entire allocation (carbon credits), they can sell the unused portion to another business (the trade).

The benefit for activist participation in USCAP is clear – giving the government the power to set limits on carbon dioxide emissions furthers their interest in reducing the use of fossil fuels such as coal and gasoline.

However, the advantage to a diverse group of corporate interests is less obvious. For some companies – especially the energy intensive businesses – they hope to profit by shaping the regulations to ensure they will be awarded carbon dioxide credits, which they can sell.

For other companies the profit motive is much less clear or totally absent. Take for example Caterpillar Inc. – the construction and mining equipment and engine company. Judging by statements made by CEO Jim Owens and the negative impact of cap-and-trade on the economy and its customers, Caterpillar’s participation in USCAP is not based on increasing profits.

Yet government studies found that cap-and-trade is both bad for the economy and harmful to Caterpillar’s customers in the coal mining industry. For example, the Energy Information Administration (EIA) – a research arm of the Department of Energy – conducted a study on cap-and-trade during the Clinton administration and found these regulations would significantly increase gasoline prices and energy prices as well as reduce economic growth by almost 2 percent. Construction, manufacturing and transportation industries would be negatively affected.

More recently, the Congressional Budget Office (CBO) released a study on cap-and- trade and concluded the cost of meeting carbon dioxide limits would be paid by the consumer via higher energy prices and that the poor would bear the greatest burden. More importantly from Caterpillar’s perspective, carbon dioxide caps would harm the coal industry and reduce coal production – a key customer for Caterpillar products – up to 40 percent.

Astonishingly, at Caterpillar’s 2007 shareholder meeting, Owens stated he did not conduct a cost benefit analysis on the impact of cap-and-trade on its business. He justified company participation in USCAP by saying he wanted a “seat at the table” – the CSR euphemism for engaging with stakeholders.

Caterpillar’s participation in USCAP is a case study illustrating the dangers posed by CSR to shareholders and limited government. In this instance, a major corporate power is acting as an agent for the environmental activist’s agenda while harming its business interest.

Unlike the mutually beneficial relationship promised by CSR, Caterpillar’s participation in USCAP is a parasitic relationship where the company is being manipulated by more savvy CEOs and activist organizations. For unsuspecting Owens, his seat is at Hannibal Lector’s table and he is the main course.