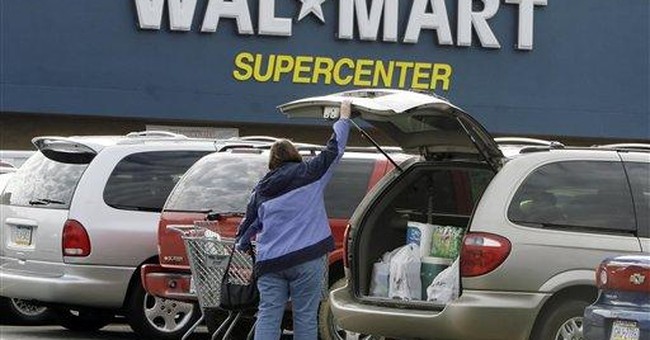 As part of an image boosting campaign, Wal-Mart is taking the lead on changing the way Americans light their homes by setting an ambitious goal of selling florescent light bulbs to100 million homes.

Wal-Mart thinks it can score public relations points if the company is viewed as a leader in fighting global warming by saving energy and reducing emissions of carbon dioxide – one of the so-called greenhouse gases. Although more expensive than incandescent bulbs, florescent bulbs use far less energy and they last longer.

According to a story in the New York Times, the genesis of the light bulb strategy was a result of a personal bonding between CEO Scott and environmental activist Fred Krupp of Environmental Defense at the top of Mt. Washington. When Scott came down from the mountain, unlike Moses, he had only one commandment: sell florescent light bulbs.

“Soon after returning from the trip, Wal-Mart publicly embraced the bulbs with the zealotry of a convert. In meetings with suppliers, buyers for the chain laid out their plans: lower prices, expanding the shelf space dedicated to them and heavily promoting the technology”, the New York Times noted.

The company also sponsored a “light bulb summit” where a diverse group of interests tried to determine how to drive sales for fluorescent bulbs.

Wal-Mart’s effort is an outgrowth of the corporate social responsibility (CSR) epidemic infecting the largest corporations. Responding to the heat from social activists and their political and media allies, companies are expanding their role to include social issues not related to profitability.

Given the starting place of the idea, it sure looks like Wal-Mart’s zeal over lighting is based more on public relations than on enhanced profitability.

Unfortunately, for its employees and shareholders, Wal-Mart’s emphasis on fluorescent lighting illuminates a much deeper problem.

First, it illustrates the company doesn’t understand the nature of its battle or the motivation of its adversaries. For the Left and its socialism leanings, Wal-Mart is a symbol of capitalism and free enterprise. This represents a mortal threat to labor unions and aspiring liberal politicians who value economic equality through wealth redistribution.

Leading up to last year’s election, Presidential hopeful John Edwards said, “Wal-Mart as an example of the problems that exist in America today is a powerful political issue… I think our party pretty much across the board agrees that people who work hard should be able to support their families. When a company like Wal-Mart fails to meet its corporate responsibility, it makes it impossible for that to occur.”

In addition to misreading the root cause of its problems, Wal-Mart should realize that formulating a business strategy to meet a public relations goal frequently backfires. BP’s environmental detour evidenced by its high profile “Beyond Petroleum” campaign diverted management time and attention from routine oil pipeline maintenance and worker safety with devastating consequences for workers and the environment.

Wal-Mart is in the middle of an ideological battle between capitalism and socialism. Because of the stakes involved, no amount of collaboration with environmental activists or concessions to the Left will buy peace.

As uncomfortable as this reality is for CEOs like Scott, business leaders need to recognize the world as it is and not make business decisions on how they wish it were.

Instead of wasting resources on promoting CSR, which distracts management from reality, Wal-Mart needs to defend it business practices in the public arena.

Just this week Wal-Mart started a national advertising campaign promoting the company as the nations largest employer, and saving “the average working family” more than $2,300 a year because if its low prices. That’s a start.

To survive Wal-Mart needs to foster a unified strategy that is consistent with its capitalism roots and eliminate its appeasement efforts with those who oppose its very existence. Shutting off the lights on CSR would be a good first step.