Democrats Use Tax Hikes To Pay For Farm Spending 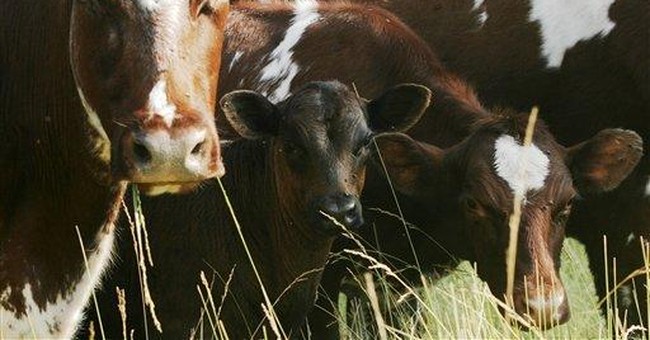 I once heard it said, "The attitude of Congress toward hidden taxes is not to do away with them, but to hide them better."

Clearly, the same Democratic leadership that pledged to run the House with integrity and fiscal responsibility at the beginning of this year has abandoned that pledge in place of a new covenant similar to the one above.

In March, Democratic leadership in the House passed legislation that would slap U.S. taxpayers with a $400 billion tax increase, the largest in American history.

Now, after months of bi-partisan work in the House Agriculture Committee on a Farm Bill that meets the needs of American farmers without raising taxes, House leadership is inserting a 600% tax increase on U.S. subsidiary manufacturers into the 2007 Farm Bill.

House leadership slipped this tax increase into the Farm Bill without any input from Republicans on the Agriculture Committee, a slap in the face after months of cooperation between committee Republicans and Democrats.

As a representative in a state and district where the agriculture and manufacturing industries account for a larger share of employment on average than in the rest of the nation, this is a double slap in the face.

Not only do I feel like the months I spent canvassing my district meeting with farmers and members of the agriculture community were for naught, I am also deeply worried about the impact of this proposed tax hike on south-central Michigan.

In the Wolverine state, U.S. subsidiaries play a vital role in supporting jobs and employ 201,000 Michiganders.

A recent study revealed Michigan ranks 9th in the United States in the number of employees supported by U.S. subsidiaries, and many significant international job-creators in Michigan would see a 600% tax increase because they have American plants and employ Americans.

Earlier this month, Treasury Secretary Hank Paulson, remarked: "Twenty years later, after much of the world has followed our lead [in reducing taxes], the U.S. is once again a high corporate tax country. We now have, on average, the second-highest statutory corporate tax rate (including state corporate taxes), 39%, compared with an average rate of 31% for our top competitors."

House leadership believes the best way to address this problem is not to lower tax rates or even keep them constant, but rather to penalize American workers and American industry when our tax code already puts them at a disadvantage.

Governments throughout the world are cutting taxes for job-creators to attract investment, and the Democratic proposal will drive investment and jobs out of America and greatly diminish America's competitiveness.