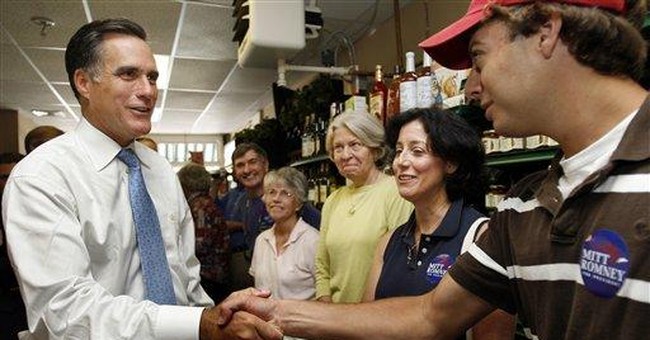 In April 2006, Massachusetts passed historic legislation aiming to increase dramatically the number of people covered by health insurance. While only in effect since July 2007, the early signs are encouraging. More people are signing up for affordable private insurance plans. Massachusetts is leading the way in the effort to provide all citizens the opportunity to purchase affordable health insurance. This landmark achievement is due in no small part to Governor Mitt Romney and his strong leadership, working in cooperation with the legislature.

Fewer Republican presidential candidates are better prepared to meet our nation's health care challenge than Governor Romney. Health care is a complex issue and tackling it is no easy task, as politicians from across the country have discovered. Yet, Governor Romney brought together all sides to find a solution that at its heart advances individual choice and responsibility, and free-market principles.

Under Governor Romney's plan in Massachusetts, state citizens are empowered to enter the private market and obtain their own health insurance. Personal responsibility is the defining principle of his plan. To facilitate movement towards a free-market, Governor Romney's reforms created a new insurance marketplace and provide subsidies to lower-income state citizens to obtain their own private plan. While some have painted these as government intrusions into the market, they are actually government's way of facilitating individual empowerment.

To help people obtain their own private coverage, Governor Romney's plan created the "Connector." Designed in concert with the Heritage Foundation, the Connector allows people to purchase the insurance of their choice with pre-tax dollars. As the Club for Growth recently stated, the Connector "does dramatically facilitate individually-owned health insurance plans by enabling individuals to purchase health insurance with pre-tax dollars and choose from a number of competing private plans." In this case, government has used its power not to create a "Hillary-care" type government-run system, but instead promote a free-market that connects individuals to the coverage of their choice.

Governor Romney's plan in Massachusetts also focuses heavily on empowering lower-income citizens to enter the private market and obtain health insurance through subsidies. In a big government-run plan, those with lower-incomes would be forced to enroll in a government-designed "one-size fits all" insurance program. Not taking this approach, Governor Romney redirected nearly $1.3 billion already spent reimbursing hospitals for providing free care to instead help individuals purchase health insurance that meets their needs. This is a revolutionary concept. As the Club for Growth stated, these subsidies "encourage individual ownership of private health insurance" that "may lower overall costs." The key is individual ownership of private health insurance. Requiring no new taxes, the subsidies empower individuals to obtain their own private, affordable health care plan.

Beyond this, Governor Romney took additional steps to limit government's role in health care. He vetoed a Democrat proposed $295 per employee fee for businesses that fail to offer insurance. While the State Legislature did not adopt all of Governor Romney's free-market proposals, he did make progress in helping insurers create lower-cost plans by modernizing our insurance markets. Insurance companies can now offer high-deductible plans with health savings accounts; there is a moratorium on new health benefit mandates; the heavily regulated non-group insurance market was eliminated providing thousands of individuals with more product choice and lower costs; and younger individuals can enroll in lower-cost plans tailored to their lifestyle. Throughout our debate on health care, Governor Romney stood alongside free-market principles.