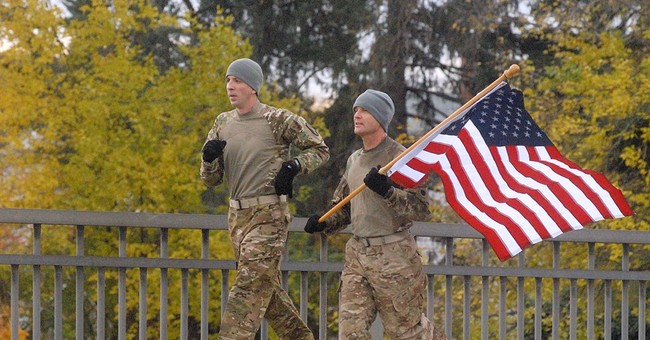 After the government shutdown crisis, the one thing that Congressional Democrats and Republicans finally agreed on was to kick the can down the road a few more months, so that we can go through all this again -- and perhaps again after that.

One of the best peace speeches I ever read was one delivered back in the 1930s -- by Adolf Hitler! He knew that peace speeches would keep the Western democracies from matching his military buildup with their own, or attacking him to prevent his buildup from continuing. Peace speeches by Iran today serve the same purpose of buying time -- until they can create a nuclear bomb.

President Obama really has a way with words, such as calling the problems that millions of people have had trying to sign up for ObamaCare "glitches." When the Titanic sank, was that a "glitch"?

Among the painful signs of our time are TV programs built around paternity tests. Apparently the way these women live, it is anybody's guess who their child's father might be.

No one seems as certain that they know what the Republicans need to do to win presidential elections as those Republicans who have lost presidential elections, such as Mitt Romney, John McCain and Bob Dole. Moreover, people take them seriously, and seem not to notice that what the losers advocate is the opposite of what won Ronald Reagan two landslide election victories.

If you believe in equal rights, then what do "women's rights," "gay rights," etc., mean? Either they are redundant or they are violations of the principle of equal rights for all.

One of the painfully sobering realizations that come from reading history is the utter incompetence that is possible among leaders of whole nations and empires -- and the blind faith that such leaders can nevertheless inspire among the people who are enthralled by their words or their posturing.

The one thing that the national debt ceiling does not do is put a ceiling on the national debt. It just provides political melodrama when the existing ceiling is repeatedly raised to accommodate ever higher spending.

Those who want to "spread the wealth" almost invariably seek to concentrate the power. It happens too often, and in too many different countries around the world, to be a coincidence. Which is more dangerous, inequalities of wealth or concentrations of power?

President Obama said to the world that Bashar Assad's days as ruler of Syria are numbered. All our days are numbered but Assad will probably still be ruling Syria on Obama's last day in the White House.

Parole is just another way of lying to the public -- in this case, lying about the time that convicted criminals will spend behind bars. Suspended sentences are another form of make-believe punishment to mollify the public.

Writing about the Habsburg Empire, distinguished British historian Paul Johnson said, "Every reform created more problems than it solved." That was not peculiar to the Habsburg Empire. The same could be said of modern welfare states, and especially our own ObamaCare.

Because many of us make mistakes that can have bad consequences, some intellectuals believe that it is the role of government to intervene and make some of our decisions for us. From what galaxy government is going to hire creatures who do not make mistakes is a question they leave unanswered.

One of the reasons it has taken so long for some people to finally see through Barack Obama is that people do not like to admit, even to themselves, that they have been played for fools by a slick-talking politician.