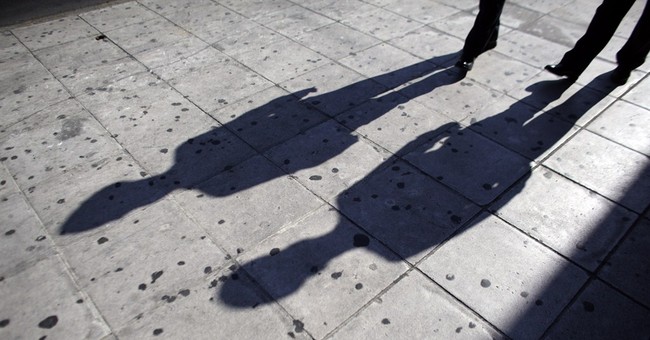 New York City police authorities are investigating a series of unprovoked physical attacks in public places on people who are Jewish, in the form of what is called "the knockout game."

The way the game is played, one of a number of young blacks decides to show that he can knock down some stranger on the streets, preferably with one punch, as they pass by. Often some other member of the group records the event, so that a video of that "achievement" is put on the Internet, to be celebrated.

The New York authorities describe a recent series of such attacks and, because Jews have been singled out in these attacks, are considering prosecuting these assaults as "hate crimes."

Many aspects of these crimes are extremely painful to think about, including the fact that responsible authorities in New York seem to have been caught by surprise, even though this "knockout game" has been played for years by young black gangs in other cities and other states, against people besides Jews -- the victims being either whites in general or people of Asian ancestry.

Attacks of this sort have been rampant in St. Louis. But they have also occurred in Massachusetts, Wisconsin and elsewhere. In Illinois the game has often been called "Polar Bear Hunting" by the young thugs, presumably because the targets are white.

The main reason for many people's surprise is that the mainstream media have usually suppressed news about the "knockout game" or about other and larger forms of similar orchestrated racial violence in dozens of cities in every region of the country. Sometimes the attacks are reported, but only as isolated attacks by unspecified "teens" or "young people" against unspecified victims, without any reference to the racial makeup of the attackers or the victims -- and with no mention of racial epithets by the young hoodlums exulting in their own "achievement."

Despite such pious phrases as "troubled youths," the attackers are often in a merry, festive mood. In a sustained mass attack in Milwaukee, going far beyond the dimensions of a passing "knockout game," the attackers were laughing and eating chips, as if it were a picnic. One of them observed casually, "white girl bleed a lot."

That phrase -- "White Girl Bleed A Lot" -- is also the title of a book by Colin Flaherty, which documents both the racial attacks across the nation and the media attempts to cover them up, as well as the local political and police officials who try to say that race had nothing to do with these attacks.

Chapter 2 of the 2013 edition is titled, "The Knockout Game, St. Louis Style." So this is nothing new, however new it may be to some in New York, thanks to the media's political correctness.

Nor is this game just a passing prank. People have been beaten unconscious, both in this game and in the wider orchestrated racial attacks. Some of these victims have been permanently disabled and some have died from their injuries.

But most of the media see no evil, hear no evil and speak no evil. In such an atmosphere, the evil not only persists but grows.

Some in the media, as well as in politics, may think that they are trying to avoid provoking a race war by ignoring or playing down these attacks. But the way to prevent a race war is by stopping these attacks, not trying to sanitize them.

If these attacks continue, and continue to grow, more and more people are going to know about them, regardless of the media or the politicians. Responsible people of all races need to support a crackdown on these attacks, which can provoke a white backlash that can escalate into a race war. But political expediency leads in the opposite direction.

What is politically expedient is to do what Attorney General Eric Holder is doing -- launch campaigns against schools that discipline a "disproportionate" number of black male students. New York City's newly elected liberal mayor is expected to put a stop to police "stop and frisk" policies that have reduced the murder rate to one-fourth of what it was under liberal mayors of the past.

Providing cover for hoodlums is a disservice to everybody, including members of every race, and even the hoodlums themselves. Better that they should be suppressed and punished now, rather than continue on a path that is likely to lead to prison, or even to the execution chamber.