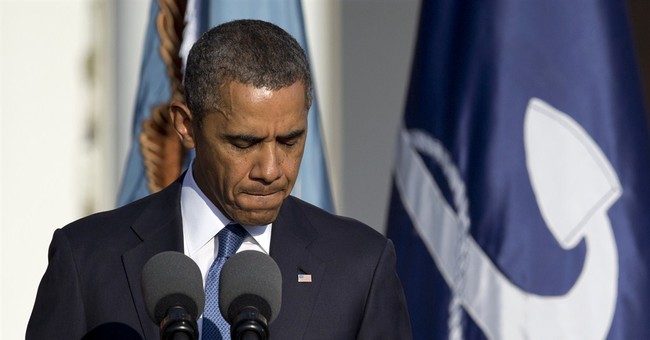 This has been the worst time, politically, for President Barack Obama since he took office. Recent polls reveal that public confidence in both his domestic and foreign policies has been falling, amid revelations about their defects and dangers. Even people who once supported and defended him have now turned against him.

There have even been rumblings against Barack Obama in the Congressional Black Caucus and among labor unions that were a major factor in helping him get elected and re-elected.

Two of President Obama's own former Secretaries of Defense have publicly criticized his gross mishandling of the Syria crisis, which has emboldened America's enemies and undermined our allies around the world.

As ObamaCare continues to go into effect, step by step, its high costs and dire consequences for jobs have become ever more visible -- as have the lies that Obama blithely told about its costs and consequences when it was rushed into law too fast for anyone to see that it would become a "train wreck," as one of its initial Democratic supporters in the Senate has since called it.

As more and more revelations have come to light about the cynical and dangerous misuse of the Internal Revenue Service to harass and sabotage conservative political groups, the lies that the Obama administration initially told about this, as part of the coverup, have also been exposed.

So have the lies told about what happened in Benghazi when four Americans were killed last year. Their killers remain at large, though they are known and are even giving media interviews in Libya.

With Congressional investigations still going on, and turning up more and more revelations about multiple Obama administration scandals, the political problems of this administration seem to loom ahead as far out as the eye can see.

What could possibly rescue Barack Obama from all these political problems and create a distraction that takes all his scandals off the front page? Only one thing: the Republicans.

By making a futile and foredoomed attempt to defund ObamaCare, Congressional Republicans have created the distraction that Obama so much needs. Already media attention has shifted to the possibility of a government shutdown.

Politically, it doesn't matter that the Republicans are not really trying to shut down the government. What matters is that this distraction solves Barack Obama's political problems that he could not possibly have solved by himself.

Should ObamaCare be defunded? Absolutely. It is an economic disaster and will be a medical disaster, as well as destroying the Constitution's protections of American citizens from the unbridled power of the federal government.

For that matter, President Obama deserves to be impeached for arbitrarily waiving laws he doesn't like, in defiance of his oath of office and the Constitution's separation of powers.

Chief Justice John Roberts also deserves to be impeached for his decision upholding ObamaCare, by allowing the government's taxing power to override all the Constitution's other provisions protecting American citizens from the arbitrary powers of government.

The time, effort and credibility that Republicans are investing in trying to defund ObamaCare is a high risk, low yield investment.

Even if, by some miracle, the Republicans managed to get the Senate to go along with defunding ObamaCare, President Obama can simply veto the bill.

There is a United States of America today only because George Washington understood that his army was not able to fight the British troops everywhere, but had to choose carefully when and where to fight. Futile symbolic confrontations were a luxury that could not be afforded then and cannot be afforded now.