Are We Serious About Education? 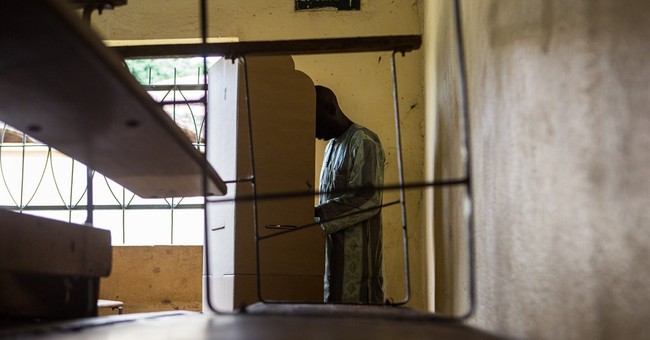 Two recent events -- one on the east coast and one on the west coast -- raise painful questions about whether we are really serious when we say that we want better education for minority children.

One of these events was an announcement by Dunbar High School in Washington, D.C., that it plans on August 19th to begin "an entire week of activities to celebrate the grand opening of our new $160 million state-of-the-art school building."

By contrast, today's Dunbar High School is just another ghetto school with abysmal standards, despite Washington's record of having some of the country's highest levels of money spent per pupil -- and some of the lowest test score results.

Housing an educational disaster in an expensive new building is all too typical of what political incentives produce.

We pay a lot of lip service to educational excellence. But too many institutions and individuals that have produced good educational results for minority students have not only failed to get support, but have even been undermined.

A recent example on the west coast is a charter school operation in Oakland called the American Indian Model Schools. The high school part of this operation has been ranked among the best high schools in the nation. Its students' test scores rank first in its district and fourth in the state of California.

But the California State Board of Education announced plans to shut down this charter school -- immediately. Its students would have had to attend inferior public schools this September, except that a challenge in court stopped this sudden shutdown.

Why such a hurry to take drastic action? Because of a claim of financial improprieties against the charter schools' founder and former head, Ben Chavis.

Ben Chavis has not been found guilty of anything in a court of law. Nor has he even been brought to trial, though that would seem to be the normal thing to do if the charges were serious.

More important, the children have not been accused of anything. Nor is there any reason for urgency in immediately depriving them of an excellent education they are not likely to get in their local public schools.

What Ben Chavis and the American Indian Model Schools are really guilty of is creating academic excellence that shows up the public school system, both by this school's achievements and by the methods used to create those achievements, which go against the educational dogmas prevailing in the failing public schools.

If it seems strange that there would be a vendetta against an educator who has defied the education establishment and thereby improved the education of minority students, the fact is that Ben Chavis is only the latest in a long line of educators who have done just that -- and aroused animosity, and even vindictiveness, as a result.

Washington's former public school head, Michelle Rhee, raised test scores in that city's school system and was demonized by the education establishment and politicians. She has left.

Years ago, high school math teacher Jaime Escalante, whose success in teaching Mexican American students was celebrated in the movie Stand and Deliver, was eventually hounded out of Garfield High School in Los Angeles. Yet, while he was there, about one-fourth of all Mexican American students -- in the entire country -- who passed Advanced Placement Calculus came from that one school.

Marva Collins, who established a very successful private school for black children in Chicago, doing so on a shoestring, was likewise the target of hostility when she was a dedicated teacher in the public schools.

Other examples could be cited of educators who produced outstanding results for minority students -- in New York, Houston and other places -- and faced the wrath of the education establishment, which sees schools as places to provide jobs for teachers, rather than education for students, and which will not tolerate challenges to its politically correct dogmas.