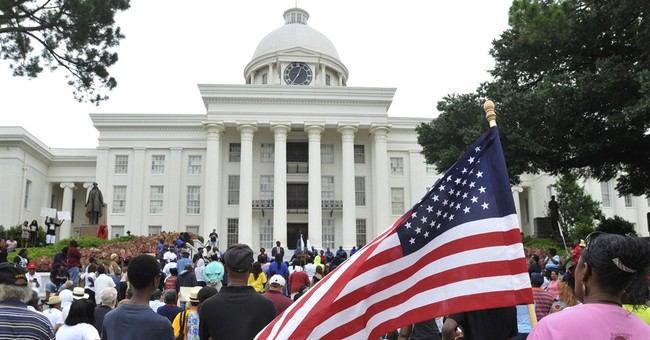 "We shall not grow wiser before we learn that much that we have done was very foolish." (F.A. Hayek)

"Many respectable writers agree that if a man reasonably believes that he is in immediate danger of death or grievous bodily harm from his assailant he may stand his ground and that if he kills him he has not exceeded the bounds of lawful self-defense. That has been the decision of this court." (Justice Oliver Wendell Holmes, Brown v. United States, 1921)

"Facts are stubborn things; and whatever may be our wishes, our inclinations, or the dictates of our passions, they cannot alter the state of facts and evidence." (John Adams)

"The first thing a man will do for his ideals is lie." (J.A. Schumpeter)

"Half the harm that is done in this world is due to people who want to feel important. They don't mean to do harm -- but the harm does not interest them. Or they do not see it, or they justify it because they are absorbed in the endless struggle to think well of themselves." (T.S. Eliot)

"The study of human institutions is always a search for the most tolerable imperfections." (Richard A. Epstein)

"There is no safety for honest men, but by believing all possible evil of evil men, and by acting with promptitude, decision, and steadiness on that belief." (Edmund Burke)

"It will be of little avail to the people, that the laws are made by men of their own choice, if the laws be so voluminous that they cannot be read, or so incoherent that they cannot be understood; if they be repealed or revised before they are promulgated, or undergo such incessant changes that no man, who knows what the law is today, can guess what it will be to-morrow." (James Madison)

"A society that puts equality -- in the sense of equality of outcome -- ahead of freedom will end up with neither equality nor freedom. The use of force to achieve equality will destroy freedom, and the force, introduced for good purposes, will end up in the hands of people who use it to promote their own interests." (Milton Friedman)

"...leniency toward criminals contrasted starkly with severity toward the law-abiding citizen's right to defend himself or herself." (Joyce Lee Malcolm)

"A government with all this mass of favours to give or to withhold, however free in name, wields a power of bribery scarcely surpassed by an avowed autocracy, rendering it master of the elections in almost any circumstances but those of rare and extraordinary public excitement." (John Stuart Mill)

"The study of history is a powerful antidote to contemporary arrogance. It is humbling to discover how many of our glib assumptions, which seem to us novel and plausible, have been tested before, not once but many times and in innumerable guises; and discovered to be, at great human cost, wholly false." (Paul Johnson)

"It is difficult for men in high office to avoid the malady of self-delusion. They are always surrounded by worshipers. They are constantly, and for the most part sincerely, assured of their greatness. They live in an artificial atmosphere of adulation and exaltation which sooner or later impairs their judgment. They are in grave danger of becoming careless and arrogant." (President Calvin Coolidge)