The Mindset of the Left: Part II 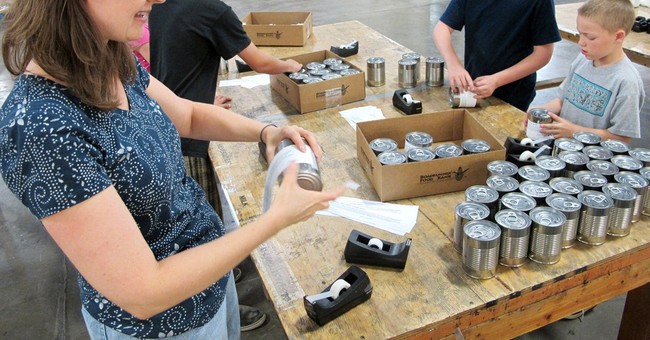 Editor's Note: This column is part II in a series. Part I can be found here.

The political left has long claimed the role of protector of "the poor." It is one of their central moral claims to political power. But how valid is this claim?

Leaders of the left in many countries have promoted policies that enable the poor to be more comfortable in their poverty. But that raises a fundamental question: Just who are "the poor"?

If you use a bureaucratic definition of poverty as including all individuals or families below some arbitrary income level set by the government, then it is easy to get the kinds of statistics about "the poor" that are thrown around in the media and in politics. But do those statistics have much relationship to reality?

"Poverty" once had some concrete meaning -- not enough food to eat or not enough clothing or shelter to protect you from the elements, for example. Today it means whatever the government bureaucrats, who set up the statistical criteria, choose to make it mean. And they have every incentive to define poverty in a way that includes enough people to justify welfare state spending.

Most Americans with incomes below the official poverty level have air-conditioning, television, own a motor vehicle and, far from being hungry, are more likely than other Americans to be overweight. But an arbitrary definition of words and numbers gives them access to the taxpayers' money.

This kind of "poverty" can easily become a way of life, not only for today's "poor," but for their children and grandchildren.

Even when they have the potential to become productive members of society, the loss of welfare state benefits if they try to do so is an implicit "tax" on what they would earn that often exceeds the explicit tax on a millionaire.

In short, the political left's welfare state makes poverty more comfortable, while penalizing attempts to rise out of poverty. Unless we believe that some people are predestined to be poor, the left's agenda is a disservice to them, as well as to society. The vast amounts of money wasted are by no means the worst of it.

If our goal is for people to get out of poverty, there are plenty of heartening examples of individuals and groups who have done that, in countries around the world.

Millions of "overseas Chinese" emigrated from China destitute and often illiterate in centuries past. Whether they settled in Southeast Asian countries or in the United States, they began at the bottom, taking hard, dirty and sometimes dangerous jobs.

Even though the overseas Chinese were usually paid little, they saved out of that little, and many eventually opened tiny businesses. By working long hours and living frugally, they were able to turn tiny businesses into larger and more prosperous businesses. Then they saw to it that their children got the education that they themselves often lacked.

By 1994, the 57 million overseas Chinese created as much wealth as the one billion people living in China.

Variations on this social pattern can be found in the histories of Jewish, Armenian, Lebanese and other emigrants who settled in many countries around the world -- initially poor, but rising over the generations to prosperity. Seldom did they rely on government, and they usually avoided politics on their way up.

Such groups concentrated on developing what economists call "human capital" -- their skills, talents, knowledge and self discipline. Their success has usually been based on that one four-letter word that the left seldom uses in polite society: "work."

There are individuals in virtually every group who follow similar patterns to rise from poverty to prosperity. But how many such individuals there are in different groups makes a big difference for the prosperity or poverty of the groups as a whole.

The agenda of the left -- promoting envy and a sense of grievance, while making loud demands for "rights" to what other people have produced -- is a pattern that has been widespread in countries around the world.

This agenda has seldom lifted the poor out of poverty. But it has lifted the left to positions of power and self-aggrandizement, while they promote policies with socially counterproductive results.