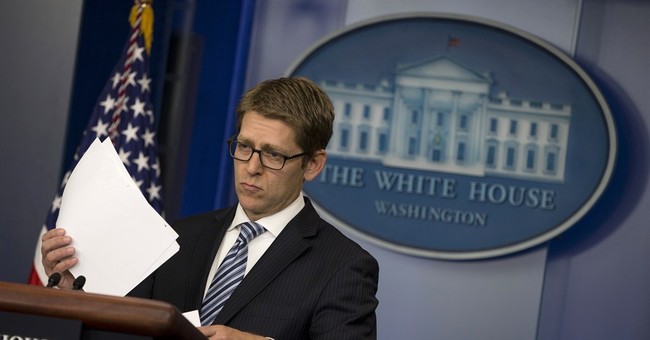 Edmund Burke said, "There is no safety for honest men, but by believing all possible evil of evil men." Evil men do not always snarl. Some smile charmingly. Those are the most dangerous. If you don't think the mainstream media slants the news, keep track of how often they tell you that the Arctic ice pack is shrinking and how seldom they tell you that the Antarctic ice pack is expanding. The latter news would not fit the "global warming" scenario that so many in the media are promoting.

Someone has referred to Vice President Biden as President Obama's "impeachment insurance." Even critics who are totally opposed to Barack Obama's policies do not want anything to cut short his presidency, with Joe Biden as his successor.

People who refuse to accept unpleasant truths have no right to complain about politicians who lie to them. What other kind of candidates would such people elect?

Given the shortage of articulate Republican leaders, it will be a real loss -- to the country, not just to the Republicans -- if Senator Marco Rubio discredits himself, early in his career, by supporting "comprehensive" immigration reform that amounts to just another amnesty, with false promises to secure the border.

It is hard to think of two people with more different personalities than New York's Mayor Michael Bloomberg and President Barack Obama. But they are soul mates when it comes to thinking that they ought to take a whole spectrum of decisions out of citizens' hands, and impose the government's decisions on them.

Maybe the reason for the New York Yankees' low batting averages has something to do with the fact that so many of their batters seem to be swinging for the fences, even when a single would score the winning run.

President Obama's denial of knowledge about the various scandals in his administration that are starting to come to light suggests that his titles should now include Innocent-Bystander-in-Chief.

It has long been my belief that the sight of a good-looking woman lowers a man's IQ by at least 20 points. A man who doesn't happen to have 20 points he can spare can be in big trouble.

When Attorney General Eric Holder argued that a "path to citizenship" for illegal immigrants was a "civil right" and a "human right," that epitomized the contempt for the public's intelligence which has characterized so much of what has been said and done by the Obama administration.

You know you are old when waitresses call you "dear."

Although many people have been surprised and disappointed by Barack Obama, it is hard to think of a president whose policies were more predictable from his history, however radically different those policies are from his rhetoric.

When any two groups have different behavior or performance, that plain fact can be turned upside down and twisted to say that whatever criterion revealed those differences has had a "disparate impact" on one of the groups. In other words, the criterion is blamed for an injustice to those who failed to meet the standard.

Have you heard any gun control advocate even try to produce hard evidence that tighter gun control laws reduce murder rates? Does anyone seriously believe that people who are prepared to defy the laws against murder are going to obey laws against owning guns or large capacity magazines?

I may be among the few people who want Attorney General Eric Holder to keep his job -- at least until the 2014 elections. Holder epitomizes what is wrong with the Obama administration. He is essentially Barack Obama without the charm, so it should be easier for the voters to see through his lies and corruption.

Despite political differences, it is hard not to feel sorry for White House press secretary Jay Carney, for all the absurdities his job requires him to say with a straight face. What is he going to do when this administration is over? Wear a disguise, change his name or be put into a witness protection program?