Sex and the Military 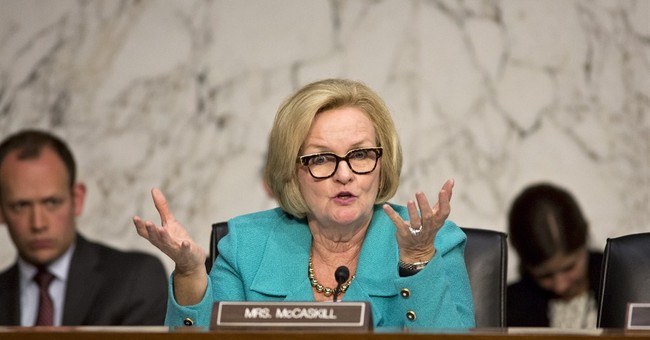 The headline on the front page of the New York Times said it all: "Women in the Senate Confront the Military on Sex Assaults."

In a triumphalist article showcasing the growing numbers of women on the Senate Armed Services Committee, "one of the Senate's most testosterone-driven panels," the story line presents female Senators attacking male military officials over charges of sexual assaults against women in the armed forces.

Us-against-them stories are great for generating excitement in the media and in politics. But whether any of this political theater will actually reduce sexual assaults against women in the armed forces is a totally different question.

For thousands of years, people around the world had the common sense to realize that putting young men and young women together in military operations was asking for trouble, not only for these young people of both sexes, but for the effectiveness of military forces entrusted with the fate of nations.

Yet, in these politically correct times, civilian leaders who increasingly have no experience whatever in the armed forces are far more willing to try to micro-manage the military than back in the days when most members of Congress and most Presidents had served in the military.

There seems to be something liberating about ignorance and inexperience. You are free to believe whatever you want to, unencumbered by hard facts and, if you have political power, to impose your headstrong ignorance on those with first-hand knowledge.

If sexual assaults in the military are taking place in our own country, far from the scenes of battle, what do you suppose is going to happen when men and women are in the same tents or trenches at night on battlefields thousands of miles away?

We don't have to ask what will happen on warships at sea. The number of Navy women who already get pregnant in such places tells us more plainly than words.

How much of this country's military resources do you think should be diverted from preparing for, and fighting, battles involving life and death to adjudicating conflicting stories about who did what to whom, and whether it was consensual or not?

Such issues have plagued college campuses with coed dormitories, where there are no bullets or bombs to complicate matters. Why would we imagine that "he said, she said" issues are going to be any easier to deal with in a military context?

People who can understand that "prevention" is better than "cure" in many other contexts seem not to understand that simple fact in a situation where cures are often either elusive or impossible. You cannot un-rape somebody after the fact. Nor can you restore the honor of someone unjustly accused and convicted to appease civilian politicians on a rampage.

Too much of the discussion of issues involving the role of women in the military is based on questions about whether women can do the same tasks as men with equal efficiency. The real question is whether either sex functions as well with the other sex around. If you don't think either sex finds the other sex distracting, you are ignoring thousands of years of experience around the world.

Nobody needs to be distracted in life and death situations, where the difference between victory and defeat can be "a near run thing," as the Duke of Wellington said after the battle of Waterloo, which settled the fate of Europe for generations to come.

Even consensual sex among members of the same military unit opens a whole Pandora's box of complications that can undermine the morale of the unit as a whole -- and morale can be the difference between victory and defeat, between life and death.

A more insidious consequence of having ignorant civilians micro-managing the military is that the caliber of a nation's military leaders can be affected when generals have to pass through filters for political correctness to reach the top.

That means losing people whose only abilities are in winning wars with minimum casualties, or preventing wars by knowing the right deployment of the right forces. Top military talent is no more common than any other kind of top talent -- and the stakes are too high to filter out that talent with requirements that generals be able to pretend to do the impossible on sexual issues.