The Rush to Wait 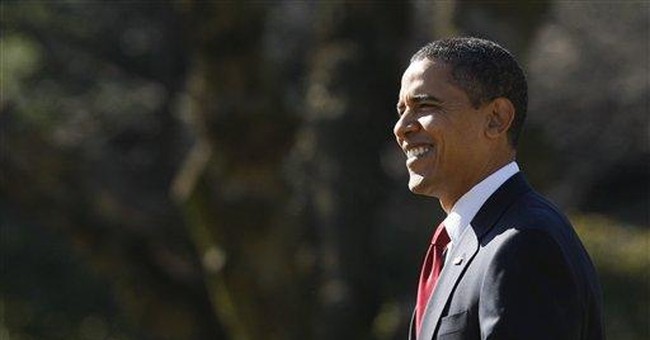 The big story last week was the incredible Congressional rush to pass a bill that was more than a thousand pages long in just two days-- after which it sat on the President's desk for three days while the Obamas were away on a holiday.

There is the same complete inconsistency in the bill itself. Despite the urgency in President Obama's rhetoric, as well as in Congress' haste in passing a bill which few-- if any-- members had time to read, much less consider, most of the actual spending will take place next year, at the earliest.

Not even the most Alice-in-Wonderland actions will arouse the suspicions of those who have what William James once called "the will to believe."

Nowhere was that will to believe greater than in the election of Barack Obama to be President of the United States, not on the basis of any actual accomplishment, but as the repository of hopes and symbolism. His supporters among the voters and in the media are not going to stop believing now.

It will take a lot more than blatant inconsistency for the faithful to lose faith. It may take catastrophe-- and there may well be catastrophe.

For some, even catastrophe under Obama can be blamed on George Bush. After all, Franklin D. Roosevelt was elected to an unprecedented third term in 1940, after two terms in which the unemployment rate never fell below 10 percent and was above 20 percent for 21 consecutive months.

FDR also inspired the will to believe-- and he also had Herbert Hoover on whom to blame all the country's troubles.

It may seem strange, to those who never lived through those times, that someone could be President of the United States for eight straight years and nevertheless escape responsibility for mass unemployment by blaming his long-departed predecessor. But we may yet see a re-run of that scenario in our own time.

Nothing in the amateurish way the current administration has begun suggests that they have mastered even the mechanics of governing, much less the complexities of the huge national problems looming ahead, at home and abroad.

The multiple Cabinet nominees withdrawing before their nomination can come to a vote in the Senate are just one example of this amateurism.

Another example was the Secretary of the Treasury holding a much heralded unveiling of his recovery plan, only to publicly embarrass himself and the administration when his speech made painfully clear that there is no plan, but only pious hopes. The plunge in the stock market after his speech suggests how much confidence he inspired.

There is far more to fear from this administration than its amateurism in governing. The urgency with which it has rushed through a monumental spending bill, whose actual spending will not be completed even after 2010, ought to set off alarm bells among those who are not in thrall to the euphoria of Obama's presidency.

The urgency was real, even if the reason given was phony. President Obama's chief of staff, Rahm Emanuel, let slip a valuable clue when he said that a crisis should not go to waste, that a crisis is an opportunity to do things that you could not do otherwise.

Think about the utter cynicism of that. During a crisis, a panicked public will let you get away with things you couldn't get away with otherwise.

A corollary of that is that you had better act quickly while the crisis is at hand, without Congressional hearings or public debates about what you are doing. Above all, you must act before the economy begins to recover on its own.

The party line is that the market has failed so disastrously that only the government can save us. It is proclaimed in Washington and echoed in the media.

The last thing the administration can risk is delay that could allow the market to begin recovering on its own. That would undermine, if not destroy, a golden opportunity to restructure the American economy in ways that would allow politicians to micro-manage other sectors of the economy the way they have micro-managed the housing market into disaster.