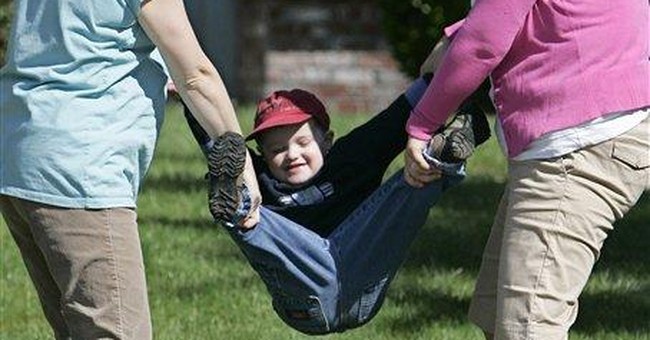 Autism is a devastating condition, both for those who have it and for their parents. At this point, its causes are unknown and if there is any cure for it, that is unknown as well.

There are many ways of coping with tragedies. One of the less promising, and often dangerous, ways is to launch a crusade.

Crusades may be emotionally satisfying, politically popular and welcomed by the media. But crusaders are not known for caution, for weighing evidence or for counting the costs, which may extend well beyond the cost in money.

There have already been many casualties in the crusade against autism, and there may be far more if recent recommendations of the American Academy of Pediatrics are carried out to have every child tested for autism twice by age two.

Think about it: How many people are qualified to diagnose autism? Enough to test every child in America? Not bloody likely.

Professor Stephen Camarata of Vanderbilt University has tested and treated children with autism for more than 20 years.

"While it is relatively easy to identify a five year old as autistic," according to Professor Camarata, "it is much more difficult to reliably diagnose a preschooler or toddler."

The consequences of unreliable diagnoses of autism can be traumatic for parents and children alike.

As a result of organizing a group of parents of late-talking children back in 1993, I encountered many stories of emotional devastation that these parents went through because their children were diagnosed as autistic -- diagnoses which the passing years have shown to be false more often than not.

As a result of writing books about these parents and children -- the most recent being "The Einstein Syndrome" -- I have heard from more than a hundred other parents with very similar stories.

Professor Camarata at Vanderbilt has a far larger group of parents of late-talking children, since he specializes in studying and treating speech disorders, and he has likewise found numerous cases of false diagnoses of autism among children who are late in beginning to talk.

More is involved than the needless emotional stresses of the parents. Many of the treatments inflicted on children diagnosed as autistic would be called child abuse if they were not done as medical procedures, and they can set back or distort a child's development.

Once the "autistic" label has been put on a child, it can follow him and her into schools and beyond, causing that child to be treated differently by teachers, nurses and others.

Too many people refuse to reconsider any evidence contrary to the label, however blatant that evidence becomes or however much that evidence increases over the years.

The initial evidence on which a diagnosis of autism was based may be nothing more than a checklist of characteristics of autistic children, often administered by someone with nothing more to go on than that checklist.

The fundamental problem is that many items on such a checklist can apply to many children who are not autistic. A study of gifted children, for example, found many of them showing the kinds of characteristics found on checklists for autism.

According to Professor Camarata, "because there are no reliable biomedical markers for autism, diagnosis must rely on subjective rating scales making it difficult if not impossible to conduct accurate screening in toddlers or preschoolers."

But it is precisely the checklist approach that is being urged by those who are crusading for every child to be diagnosed for autism before age two.

Like most crusaders, they seem unwilling to consider the possibility of errors, much less the consequences of those errors.

The very definition of autism has been expanded in recent years to include what is called "the autism spectrum." What this means, among other things, is that there is now far more wiggle room for those whose diagnoses have proved to be wrong, who refuse to admit it, and who are now even more unaccountable than ever.