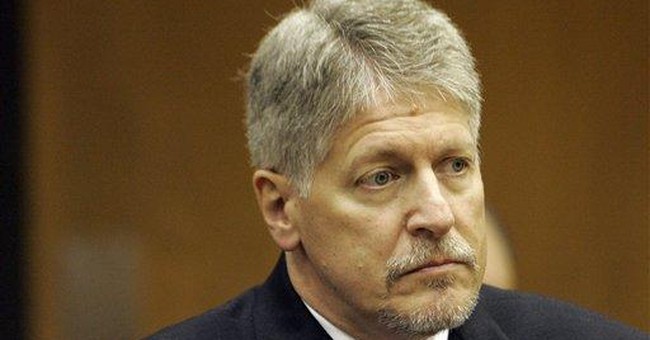 Some of the most depressing e-mails received over the past year and a half have been those that asked why I was worrying myself about three rich white guys at Duke University.

Neither those three students accused of rape nor the District Attorney who accused them are the ultimate issue.

If all District Attorneys in this country were like Michael Nifong, the United States of America would become the world's largest banana republic.

Such levels of corruption in the law itself would make the American standard of living impossible. A steady diet of the racial polarization that Nifong promoted would make it only a matter of time before we would see in America the kind of violence seen between Sunnis and Shiites in Baghdad.

The "rule of law" is not just a pat phrase. It is the foundation on which everything else is built.

Nor is "innocent until proven guilty" just a throwaway line. The opposite notion -- guilty until proven innocent -- is a more poisonous import from the totalitarian world than the toys with lead paint imported from China.

"Until Proven Innocent" is the title of a devastating new book by Stuart Taylor and K.C. Johnson about the rape charges against the Duke lacrosse players -- and about so many in the media and academia who treated them as guilty until they were proven innocent.

Even those of us who followed the case from the beginning will learn a lot more about what went on, both on the surface and behind the scenes, from this outstanding book.

More important, we will learn some chilling facts about how deep the moral dry rot goes in some of the fundamental institutions of this nation that we depend on, including its leading universities and its leading media.

"Until Proven Innocent" also tells us about one of the forgotten victims of the Duke rape case -- the African cab driver who cast the first doubt on the indictment, by saying publicly that one of the accused young men was with him in his taxi at the time the rape was supposedly happening.

A flimsy charge against that cab driver from three years earlier was suddenly resurrected, and District Attorney Michael Nifong had him picked up by the police, indicted and put on trial -- where he was quickly acquitted by the judge.

Could this country survive as a free nation if every District Attorney used the power of that office to intimidate any witness whose testimony undermined the prosecution's case?

How long will we in fact survive as a free nation when our leading universities are annually graduating thousands of students each, steeped in the notion that you can decide issues of right and wrong, guilt or innocence, by the "race, class and gender" of those involved?

That is what a large chunk of the Duke University faculty did, while few of the other faculty members dared to say anything against them or against the Duke administration's surrender to the lynch mob atmosphere whipped up on campus.

In much of the media as well, the students were treated as guilty until proven innocent, and those who said otherwise were often savaged.

Members of the women's lacrosse team at Duke who expressed their belief that the male lacrosse players were innocent were viciously attacked in the sports section of the New York Times.

Nor was that the only place where the guilt of the players was virtually taken for granted, on either the sports pages of the Times or in other places there or in other newspapers. However, let me correct a misstatement that I made recently in this column to the effect that the Times' editorial page gave the same impression as its news coverage that the accused students were guilty.

An e-mail from the editor of that page says that there was no editorial on that subject. After a preliminary investigation, I am willing to concede that point and make this correction. The sports pages, the news pages and the editorial page are different things.

I only wish that others in the media and in academe would offer their corrections on far broader and more serious issues with far deeper implications for the future of this country.