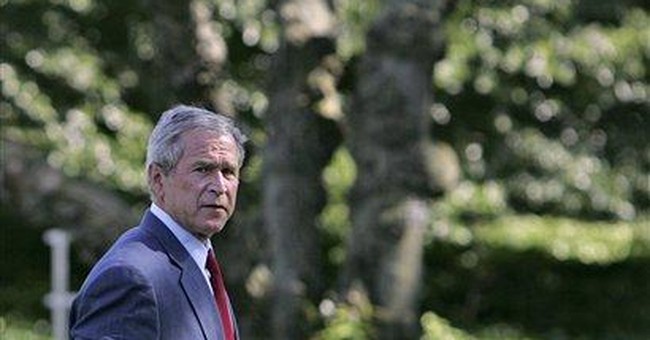 When my research assistant and her husband took my wife and me to dinner at a Chinese restaurant, I was impressed when I heard her for the first time speak Chinese as she ordered food. My assistant was born and raised in China, so I should have been impressed that she spoke English. But I took that for granted because she always spoke English to me.

That is especially true of the intelligentsia, and dangerously true of those Supreme Court justices who cite foreign laws when making decisions about American law.

There is nothing automatic about the way of life achieved in this country. It is very unusual among the nations of the world today and rarer than four-leaf clovers in the long view of history.

It didn't just happen. People made it happen -- and they and those who came after them paid a price in blood and treasure to create and preserve this nation that we now take for granted. More important, this country's survival is not automatic. What we do will determine that. Too many Americans today are not only unconcerned about what it will take to preserve this country but are busy dismantling the things that make it America.

Our national motto, "E Pluribus Unum" -- from many, one -- has been turned upside down as educators, activists and politicians strive to fragment the American population into separate racial, social, linguistic and ideological blocs. Some are gung ho for generic "change" -- without the slightest concern that the change might be for the worse, even in a world where most nations that are different are also worse off. Most are worse economically and many are much worse off in terms of despotism, corruption, and bloodshed.

History is full of nations and even whole civilizations that have fallen from the heights to destitution and disintegration. The Roman Empire is a classic example, but the great ancient Chinese dynasties, the Ottoman Empire and many others have met the same fate. These were not just political "changes." They were historic catastrophes from which whole peoples did not recover for centuries. It has been estimated that it was a thousand years before Europeans again achieved as high a standard of living as they had in Roman times. The Dark Ages were called dark for a reason.

Today, whole classes of people get their jollies and puff themselves up by denigrating and denouncing American society. Such people are a major influence in our media, in our educational system and among all sorts of vocal activists. Nothing illustrates their power to distort reality like the way they seize upon slavery to denounce American society.

Slavery was cancerous but does anybody regard cancer in the United States as an evil peculiar to American society? It is a worldwide affliction and so was slavery. Both the enslavers and the enslaved have included people on every inhabited continent -- people of every race, color, and creed. More Europeans were enslaved and taken to North Africa by Barbary Coast pirates alone than there were African slaves taken to the United States and to the colonies from which it was formed.

Yet throughout our educational system, our media, and in politics, slavery is incessantly presented as if it were something peculiar to black and white Americans. What was peculiar about the United States was that it was the first country in which slavery was under attack from the moment the country was created.

What was peculiar about Western civilization was that it was the first civilization to destroy slavery, not only within its own countries but in other countries around the world as well.

Reality has been stood on its head so that a relative handful of people can feel puffed up or gain notoriety and power. Whatever they gain, the rest of us have everything to lose.