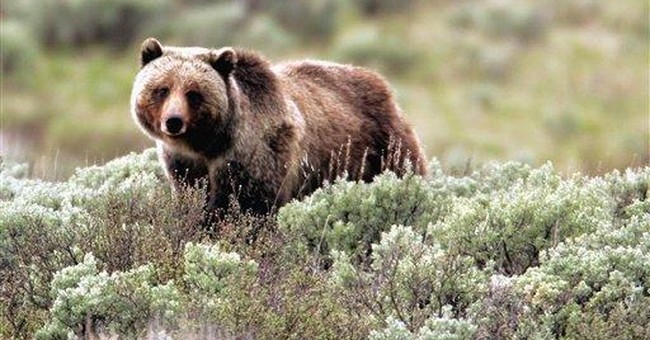 We in America have some of the most magnificent national parks in the world -- Yosemite, Grand Canyon, Yellowstone and many others.

Sadly, however, our government has turned over to private monopolies the operation of many of the services and accommodations available to visitors in our national parks.

Monopoly is bad news, whether in the private marketplace or in government. But it is easier for government bureaucrats to deal with a monopoly than with an ever-changing array of competing enterprises, such as are common in the private economy.

Yet the competition and turnover among businesses vying for the consumers' favor are what produce both greater efficiency at a given time and more progress over time.

When you check into monopoly-controlled lodgings at Yosemite or the Grand Canyon, you are told that one dollar of what you are being charged goes to support some private group that pushes its own agenda for the national parks -- unless you specifically object.

Who are these anonymous groups being funded by this back door method? They have high-sounding names expressing concern about national parks, but that is about all you know about them.

Why can't they get their money from their own members or by making a direct appeal to the public, stating their case, instead of by an unofficial tax on park visitors for a private lobby?

Although the national parks are supported by the taxpayers and are governed by laws passed by elected officials, there are outside pressure groups trying to impose their notions of how other people should experience these parks.

It is the same kind of arrogance expressed in the back door "contributions" collected when you check into monopoly lodging.

My own recent experience visiting the Grand Canyon revealed some more of the problems created by monopoly.

When I became ill at a motel just outside Grand Canyon National Park, my wife phoned for a taxi to take me to the nearest medical facility, which was in the park.

But the taxi refused to pick me up at my ground floor room, since their arbitrary policy is to pick up passengers only at the entrance to a hotel or motel.

This was one of those large, sprawling motel complexes, and my ground floor room was the equivalent of about two blocks away from the motel entrance -- a distance which I was in no condition to walk.

Fortunately, the motel management sent one of their vehicles to take me to the motel entrance, where the monopoly taxi picked me up to take me to a clinic inside the park.

The taxi driver then informed me that he was going to go to another motel first to pick up a couple of other passengers. You can do things like that when you are a monopoly.

Fortunately, it turned out not to be a life-threatening problem or this column might not have gotten written.

A couple of days later, health restored, I was now on the opposite side of the Grand Canyon, staying at the Grand Canyon Lodge, operated by the same monopoly that operated the taxi service.

Here the problem was much less serious but all too typical of the way monopolies operate.

Although there were only eight people in line to check in, and three windows where they could be checked in, the process dragged on, as if checking in people was some new and esoteric process requiring the clerks to have to feel their way through its mysteries.

Since the Grand Canyon Lodge is booked up months in advance, the people checking in already had reservations. But you can keep people waiting when you are a monopoly.

You can also charge them high prices for mediocre food.

Although Grand Canyon Lodge is a magnificent structure, visitors actually live in primitive cabins around it. Some may like that but others have no choice. That is what monopoly means.