A War of Words: Part II 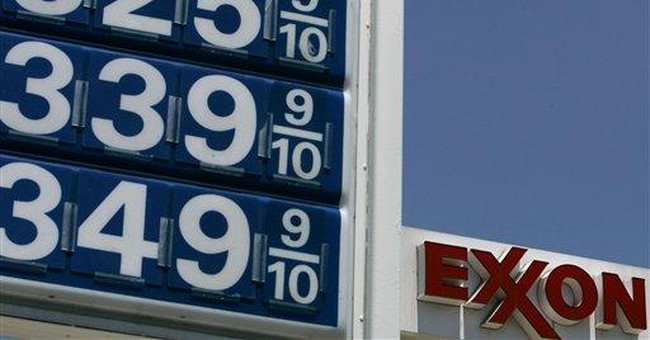 With gasoline prices rising, political rhetoric is rising even faster. Liberals in Congress and in the media have launched a war of words, whose net result may well be a demand for some form of price control.

Whatever the hopes that may have inspired price controls, economists have studied their actual consequences, which have been remarkably similar from one place to another and from one time to another -- and almost invariably bad.

That history has even included higher prices in places with price controls. For example, New York and San Francisco have severe rent control laws -- and some of the highest average rents in the country.

This issue, like so many others, is likely to be settled on the basis of rhetoric. And, on that basis, the left has always had the advantage. As former House Majority Leader Dick Armey -- an economist by trade -- has put it: "Demagoguery beats data" in political battles.

The demagoguery in this case is that "price gouging" and "greed" explain rising gasoline prices -- and that price controls will put a stop to it.

It is an exercise in futility to try to refute words that are meaningless. If a word has no concrete meaning, then there is nothing that can be refuted. "Price gouging" is a classic example.

The phrase is used when prices are higher than most people are used to. But there is nothing special or magic about what we happen to be used to.

When the conditions that determined the old prices change, the new prices are likely to be very different. That is not rocket science.

How have conditions changed in recent years? The biggest change is that China and India -- with more than a billion people each -- have had rapidly growing economies ever since they began relaxing government controls and allowing markets to operate more freely.

When there are rising incomes in countries of this size, the demand for more petroleum for both industry and consumers is huge. Increasing the supply of oil to meet these escalating demands is not nearly as easy.

In the United States, liberals have made it virtually impossible, by banning drilling in all sorts of places and preventing any new refinery from being built anywhere in the country in the last 30 years.

The strongest proponents of price controls are the strongest opponents of producing more oil. They say the magic words "alternative energy sources" and we are supposed to swoon -- and certainly not ask any rude questions like "At what cost?"

Then there are the famous "obscene" profits of oil companies. Again, there is no definition and no criterion by which you could tell obscene profits from PG-13 profits or profits rated G.

There is not the slightest interest in how large the investments are that produced those profits. Relative to the vast investments involved, oil company profits do not begin to approach the rate of return received by someone who bought a house in California ten years ago and sells it today.

Oil company executives make big bucks incomes, almost as much as liberal movie stars who are never criticized for "greed." And if Big Oil CEOs worked for nothing, it is unlikely to be enough to bring the price of a gallon of gas down by a nickel.

But facts are not nearly as exciting as rhetoric -- and the role of most political rhetoric is to be a substitute for facts.