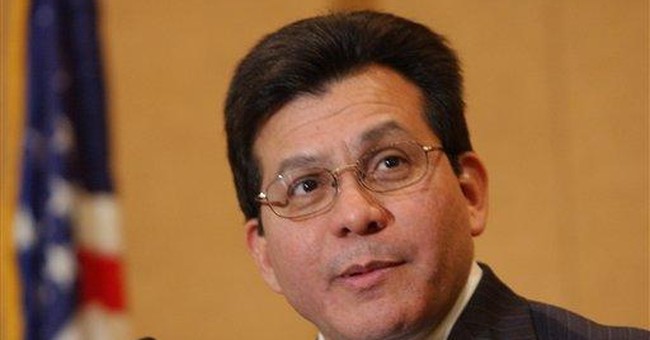 One of the sad aspects of studying history is discovering how often petty considerations influenced the direction of momentous events. That is one of the painful aspects of reading about the Supreme Court in "Supreme Conflict" by Jan Crawford Greenburg.

That insightful book reveals the struggles among politicians over the choosing and confirmation of Supreme Court nominees -- and the struggles within the High Court itself over the difficult and divisive issues that come before it.

Perhaps the saddest thing in the book, though mentioned only in passing, is that some "highly qualified" potential nominees for the Supreme Court "had not wanted their names considered" because the Senate confirmation process had become "too bitter and too vitriolic" and "they just didn't want any part of it."

The momentous and lasting repercussions of Supreme Court decisions mean that people of the highest caliber and character are needed on that court. There are too few who are "highly qualified" to lose any of them.

The ugly and cheap circus atmosphere of Senate confirmation hearings is just one of the factors which cause top notch people not to be nominated, while others who are little more than warm bodies are seated on the highest court in the land.

According to "Supreme Conflict," Circuit Court Judge Laurence Silberman was passed over as "too controversial" for a Supreme Court nomination, in favor of David Souter, who was the closest thing to a blank slate that any human being could be.

Judge Silberman would have been one of the great Supreme Court justices of the age, while Souter has been one of the worst. The difference was momentous -- and disastrous -- for the whole future of American law, especially in a court with so many 5 to 4 decisions.

The quota mentality has been another factor filtering out the best in favor of the politically expedient. Even presidents who attack racial or sex quotas succumb to the quota mentality themselves. That is how Ronald Reagan made his worst appointment, Sandra Day O'Connor, who used rhetoric as a substitute for logic.

That is how George W. Bush nominated Harriet Miers, whose inadequate knowledge of Constitutional law became so painfully obvious during preliminary discussions with Senators that even Republican supporters of the president, inside and outside the Senate, urgently appealed to him to withdraw her nomination.

Now the next big push for a quota nomination is for the first Hispanic to be put on the Supreme Court.

Attorney General Alberto Gonzales would probably be an improvement over some -- perhaps most -- of those currently serving on the High Court. But he should be nominated only if he is the best person available of any race, color, creed or national origin.

The Supreme Court does not exist for feel-good photo ops. The difference between the best and the second best can be momentous in the lasting consequences of Supreme Court decisions.

Some of the most disheartening glimpses inside the Supreme Court in "Supreme Conflict" are of the petty considerations that influence how some justices decide issues of historic consequence.

Not only Justice Anthony Kennedy's flip-flops on Constitutional issues but also his expressed concern over what public reaction would be to the Supreme Court's decisions betray someone who cannot keep his eye on the ball, even when it is the biggest ball around.

Justice Kennedy's fascination with foreign law as a basis for decisions about American law suggests a disregard for the Pandora's Box that this opens. It might also suggest someone overly impressed with being part of the worldwide legal Olympians who need to impose from on high the way the rest of us should live, regardless of what the Constitution of the United States says.

Justice Sandra Day O'Connor's over-sensitive reactions to criticisms of her decisions by dissenting justices -- whether William Brennan on the left or Antonin Scalia on the right -- also comes out in "Supreme Conflict."

Even after her retirement, Justice O'Connor refused to deal with the substance of Justice Scalia's criticisms, on grounds that he apparently did not express them nicely enough for her taste. Whether those criticisms were valid seems not to have been her concern.