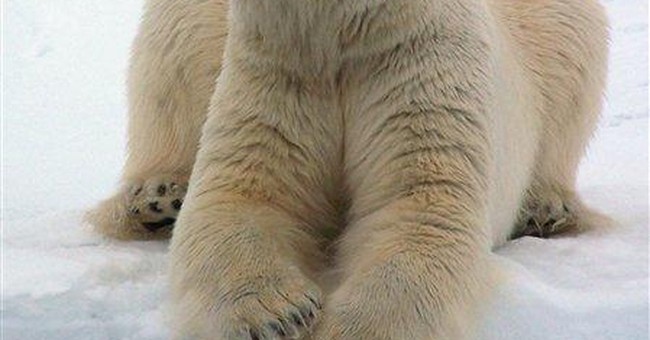 If you take the mainstream media seriously, you might think that every important scientist believes that "global warming" poses a great threat, and that we need to make drastic changes in the way we live, in order to avoid catastrophes to the environment, to various species, and to ourselves.

The media play a key role in perpetuating such beliefs. Often they seize upon every heat wave to hype global warming, but see no implications in record-setting cold weather, such as many places have been experiencing lately.

Remember how the unusually large number of hurricanes a couple of years ago was hyped in the media as being a result of global warming, with more such hurricanes being predicted to return the following year and the years thereafter?

But, when not one hurricane struck the United States all last year, the media had little or nothing to say about the false predictions they had hyped. It's heads I win and tails you lose.

Are there serious scientists who specialize in weather and climate who have serious doubts about the doomsday scenarios being pushed by global warming advocates? Yes, there are.

There is Dr. S. Fred Singer, who set up the American weather satellite system, and who published some years ago a book titled "Hot Talk, Cold Science." More recently, he has co-authored another book on the subject, "Unstoppable Global Warming: Every 1500 Years."

There have been periods of global warming that lasted for centuries -- and periods of global cooling that also lasted for centuries. So the issue is not whether the world is warmer now than at some time in the past but how much of that warming is due to human beings and how much can we reduce future warming, even if we drastically reduce our standard of living in the attempt.

Other serious scientists who are not on the global warming bandwagon include a professor of meteorology at MIT, Richard S. Lindzen.

His name was big enough for the National Academy of Sciences to list it among the names of other experts on its 2001 report that was supposed to end the debate by declaring the dangers of global warming proven scientifically.

Professor Lindzen then objected and pointed out that neither he nor any of the other scientists listed ever saw that report before it was published. It was in fact written by government bureaucrats -- as was the more recently published summary report of the Intergovernmental Panel on Climate Change (IPCC) that is also touted as the final proof and the end of the discussion.

You want more experts who think otherwise? Try a professor of environmental sciences at the University of Virginia, Patrick J. Michaels, who refers to the much ballyhooed 2001 IPCC summary as having "misstatements and errors" that he calls "egregious."

A professor of climatology at the University of Delaware, David R. Legates, likewise referred to the 2001 IPCC summary as being "often in direct contrast with the scientific report that accompanies it." It is the summaries that the media hype. The full 2007 report has not even been published yet.

Skeptical experts in other countries around the world include Duncan Wingham, a professor of climate physics at the University College, London, and Nigel Weiss of Cambridge University.

The very attempt to silence all who disagree about global warming ought to raise red flags.

Anyone who remembers the 1970s should remember the Club of Rome report that was supposed to be the last word on economic growth grinding to a halt, "overpopulation" and a rapidly approaching era of mass starvation in the 1980s.

In reality, the 1980s saw increased economic growth around the world and, far from mass starvation, an increase in obesity and agricultural surpluses in many countries. But much of the media went for the Club of Rome report and hyped the hysteria.

Many in the media resent any suggestion that they are either shilling for an ideological agenda or hyping whatever will sell newspapers or get higher ratings on TV.

Here is their chance to check out some heavyweight scientists specializing in weather and climate, instead of taking Al Gore's movie or the pronouncements of government bureaucrats and politicians as the last word.