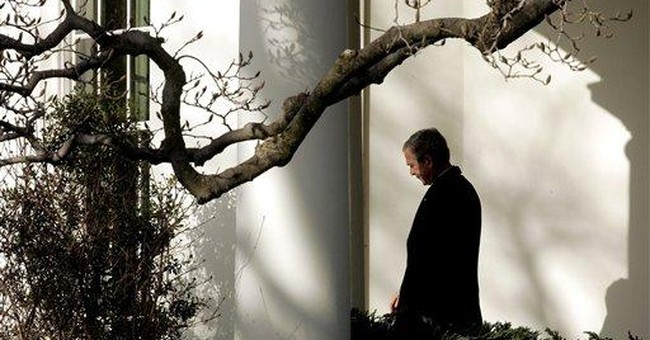 Critics of the Bush administration's conduct of the war in Iraq have long demanded that he admit his mistakes. But they have not admitted their own past mistakes, much less admit the potentially catastrophic mistake they will make in the future if they make it impossible to sustain military operations there.

Critics have been proved wrong repeatedly in their claims that elections could not be held in Iraq or a government formed there. Iraqi voter turnout, even in the face of terrorist threats, has exceeded voter turnout in the United States.

During the 2004 presidential election campaign, John Kerry warned that the Bush administration had plans to impose a military draft immediately after being re-elected.

Two years later, there is no sign of a military draft on the horizon. The only people who have been advocating a military draft have been Democrats like Charles Rangel -- transparently as part of their class warfare political strategy of claiming that "the poor" are fighting and dying while "the rich" stay home and enjoy life. No facts back up this claim.

Miscalculations have been the rule, not the exception, in wars going back through the centuries. The miscalculations in the Iraq war have not been military but political.

Saddam Hussein's army was defeated quickly, decisively, and with far lower American casualty rates than in previous wars. Clearly there were ample numbers of American troops to accomplish that mission.

President Bush was right to listen to the military as regards the conduct of the war. But perhaps he should have sought the advice of police chiefs as regards maintaining law and order.

For that we did not have enough troops in Iraq and -- more important -- the troops we did have were under too many politically imposed restrictions. Put bluntly, they needed to tell the many private militias in Iraq to drop their guns or get killed.

Far fewer people would have died if they had. Of course, hand-wringers around the world, beginning with the American media, would have denounced such "brutality" and claimed that "negotiations" could have prevented such bloodshed.

The Iraqi government has negotiated, if not collaborated, with some of these domestic terrorists -- and the net result has been escalating violence and mounting death tolls.

A very thoughtful article in the current issue of Foreign Affairs by Singapore's former prime minister Lee Kwan Yew explained the realities of maintaining order after a conquest. You do not do it by a wholesale banishing of those who maintained order before the conquest.

The most fundamental difference between President Bush and his critics has not been in who has made mistakes, because both have. The biggest difference has been that the President has taken a long-run view of the worldwide war on terror, while his critics are seeking a quick fix.

Critics claim that there is no connection between the war on terror and the war in Iraq. They don't seem to notice that the terrorists themselves obviously see a clear connection, which they express in both words and deeds.

Terrorists are pouring into Iraq, even at the cost of their lives, in order to prevent a free, democratic government from being established in the Middle East. They see victory or defeat in Iraq as having major and long-lasting repercussions throughout the region and even throughout the world.

Critics seem not to be concerned about anything beyond the 2008 elections.

Both individuals within Iraq and countries throughout the Middle East must make life-and-death choices, based on whether they are safer to cooperate with the United States or to align themselves with the terrorists.

If the United States is here today and gone tomorrow, while the terrorists have already demonstrated their staying power and tenacity, we can expect a catastrophic realignment of forces in a region whose oil is the lifeblood of economies around the world.

With fanatical extremists controlling both Middle East oil and nuclear weapons, what happens in the 2008 elections can look like small potatoes compared to the horrors we bequeath our children.