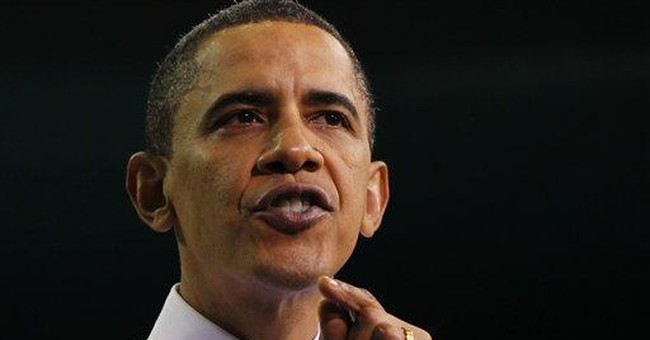 The Democrats have won the most recent battle in the great American experiment. One must admit that their 219-212 margin victory for government-controlled healthcare proved to be an impressive score, but the game is early in the second quarter of President Obama’s term. The false assumptions, punitive taxes, and special deals used to fuel this “reconciliation” end run will now be visible for all to see and experience. The benefits won’t come for years, but the impact on our economy, our taxes and our lives will come much quicker.

For those of you who fought the good fight to turn back this assault on American freedom and founding principles, don’t give in to your anger. It’s time to channel your frustration into purposeful action. As Winston Churchill said, “With defeat, defiance.” It’s time to take back Washington and Sacramento. Losers don’t legislate!

Turn your disappointment into purposeful action and iron resolve to defeat those who voted for this ill-conceived and expensive plan. After all, President Obama’s year has had many setbacks. The Republicans have taken most early special elections including Scott Brown’s victory in Massachusetts.

Our founding fathers built into the Constitution a course-correction mechanism. The mid-term elections allow voters to send a powerful message to an administration. Thankfully, America isn't a movie limited to one act by Congress. America is more like a proud, long-playing soap opera with tragedies, victories and built-in dissension where extreme political choices receive deserved feedback from voters every two years.

But why is this Democratic “victory” such a financial disaster? When the government gives something of value away for free, the number of takers explodes! Megan McArdle from Atlantic was quoted in the New York Times, “The CBO process has now been so thoroughly gamed that it’s useless.” Even CBO Director Doug Elmendorf confessed, “The agency has not thoroughly examined the reconciliation proposal to verify its consistency with the previous draft. This estimate is therefore preliminary….”

A well-documented report from Freedom Works’ Matthew Clemente summarizes the government’s ability to project the cost of their lavish entitlements. When Medicare was instituted in 1965, there was no CBO, but the House Ways and Means analysts predicted it would cost $12 billion in 1990. They were wrong by a staggering factor of 10 with actual spending topping $110 billion. They estimated that Medicare Part A, the hospital insurance part of the Medicare program, would cost $9 billion in 1990. The actual cost in 1990 was $67 billion.

When the Social Security Act of 1935 was being debated in Congress, the cost projections for the program extended all the way to 1980. At that time, it was estimated that the federal government would pay out $4 billion in Social Security payments in 1980. In reality, it paid out a staggering $108 billion; estimates were off a massive 2,600%.

Why aren’t responsible journalists pointing out that no Washington entitlement has ever cost what was projected! Washington politicians and the CBO couldn’t even predict the simple cost of the Cash-for-Clunkers program. What gives any American confidence that they can project the cost for this complex plan that tries to control 1/6th of our economy?

Did you know that this law authorizes the hiring of over 16,000 new IRS government employees to monitor and enforce your requirement to buy an approved health insurance plan? Did you know that Caterpillar reports that this plan will cost the company over $100 million in the first year? Federal subsidies for their prescription drug program for 94,000 employees will be taken away in the new legislation. The cost for covering drugs for current and retired employees will go up 20% or $660 per employee. This law not only explodes the federal deficit; it will take many already struggling companies with them.

While we are at it, let’s thank those individuals receiving indoor tanning services who are now paying an added 10% tax to help fund this $940 billion healthcare overhaul. Will they tax a service you value next?

I’m proud of the Republicans who stood firm and united against this law! I’m proud of the states who are testing the Constitutionality of making all Americans buy healthcare insurance. The Democrats now own this plan and the disaster it will create. For this was not a victory for equal rights. It was victory for “equal benefits,” an expanded nanny state, forced wealth redistribution, and more invasive government control over our lives.

The left baulked when President Bush stood under the “mission accomplished” banner to celebrate early Gulf War victories. Now, it’s the right’s turn to fight the arrogance of the left. The cost of not rescinding, unfunding or radically changing this entitlement program will sadly bankrupt the bank accounts and the dreams of future generations. Life is sometimes about playing a poor hand well. That will be our challenge until November when we have a chance to change the deck!