Free Enterprise—Time for Respect instead of Envy 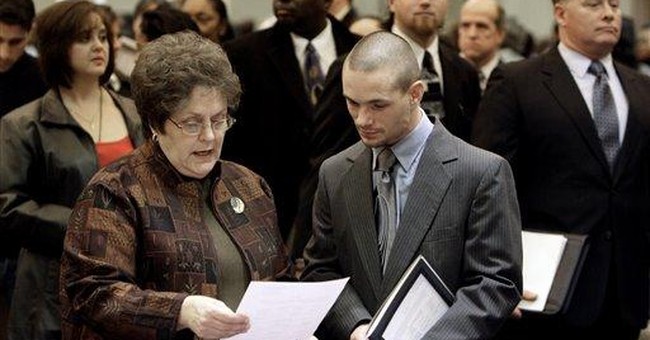 Milton Friedman said with passion: “The record of history is absolutely clear that there is no alternative way, so far discovered, of improving the lot of ordinary people that can hold a candle to the productive activity that is unleashed by the free enterprise system.” American capitalism, as imperfect a system as it is, has made America the “shining city on the hill” where immigrants still stand in line and cross borders to find opportunity.

Those who worked hard to earn their American Dream used to be respected. They were a source of inspiration and jobs for those who aspired to their own success. Americans took pride in being the land of opportunity where anyone could better their position in life.

How then have those who have worked hard to achieve success now become the subject of envy and derision? When did it become acceptable for Americans to embrace candidates who could openly brag about redistributing the wealth of the top 5% of wage earners to subsidize their supporters?

A recent trip to the UK surfaced some clues. In Europe, many hold wealthy in such contempt that vandalism against the rich is growing.

In hopes of providing rich urban Paris commuters an alternative bicycle-rental system to match this age of global warming hysteria, the French have provided 20,600 sturdy bicycles—a low-cost, low-carbon alternative to using cars. In a blow to Parisian civility, 80% of the bicycles have been stolen, trashed or damaged. The stylish bicycles are seen as symbols of the “bobos,” the “bourgeois-bohemès,” the rich and trendy urban class. A sociologist reported in the International Herald Tribune commented: “They stir resentment and covetousness. They are often vandalized in a socially divided Paris by resentful, angry, or anarchic youth.”

At one of my leadership programs in Edinburgh, an international sales manager pointed to a beautiful, silver Porsche in the parking lot, “You don’t see many here anymore. Not because people can’t afford them, but because if you own one, you are likely to have the hood keyed by vandals. They don’t think the rich deserve what they own; they must have taken it from someone else to get to where they are. It’s tragic. I hope it never becomes that way in America. The American Dream isn’t just important to your country; it’s important to the world. In the past, America has been living proof that anyone can better themselves.”

Certainly media news has played a role, and some dishonest business people have given them all the ammunition they need to paint all “rich” achievers with the same brush. Whether it’s the Enron’s debacle, Madoff’s Ponzi scheme, or the sub-prime derivative abuses, some highly-visible executives failed to live up to the values they had on their walls. Rightfully, many have and continue to pay for their ethical lapses. Unfortunately, the good bosses, the ethical managers, the charitable rich benefactors and the job-creating entrepreneurs don’t make the headlines. Most of the rich earn their wealth from hard work. Many hire workers, support charities and provide dividends to stockholders.

Hollywood adds to the negative image of free enterprise and business executives. Robert Lichter and others have found that the negative portrayal of businesspeople has grown over the years. In the late 1950s and early 1960s, businesspeople were three times more likely to exhibit characteristics of rampant greed than were other characters in identifiable occupations. In the 1980s, business characters where 10 times more likely to exhibit greedy behaviors than were other characters. In the 1990s, Lichter found that 81 percent of the shows that addressed the question of whether business were honest and honorable or unfair and corrupt, portrayed business dealings as dishonest and corrupt.

Rather than a reward for offering valued goods and services, profit was ordinarily portrayed as the result of exploitation and fraud. Hollywood has no interest in showing the power of free enterprise to generate prosperity, to tap the human spirit’s pursuit of excellence and to create innovative products and services that make a difference to us all.

The church also does its part to create envy and chastise the “rich.” Pastors pray for “social justice” which has come to provide justification for redistribution and government services for the poor. Yes, Biblical passages make it clear that being “rich” has its challenges. Faith trumps wealth. How one uses one’s riches is crucial, but Jesus didn’t come to call Rome to institute universal healthcare. He called believers to be good stewards of their gifts and their money. Believers were to give to the poor, not to elect politicians to take from others to do the giving for them. As Margaret Thatcher once said, "No one would remember the Good Samaritan if he'd only had good intentions; he had money, too."

Then, of course, we have President Obama and his liberal Democrat leaders who have declared “war on wealth.” They’ve promised not to renew the Bush tax cuts on the top 5% of wage earners. The top 5 percent already pay 60.63 percent of all the individual income taxes collected, even though they earned only 37.44 percent of the money. The President wants them to give even more because they are not paying their “fair share.”

Lincoln believed in the American Dream for all Americans, but he never condoned any attack on the rich. He said, “I don’t believe in a law to prevent a man from getting rich; it would do more harm than good. So while we do not propose any war on capital, we do wish to allow the humblest man an equal chance to get rich with everybody else.” Lincoln understood what Obama and other class warriors never do. When American freedom and free enterprise is working, there’s no war between capital and labor. Capital and labor are the same people at different stages of their lives. Workers work to save, then to invest and ultimately to become owners of capital and entrepreneurs themselves.

Margaret Thatcher had another warning we should heed, "The problem with socialism is that you eventually run out of other people’s money." It’s time we start showing a little respect to those that have and are making America work. Instead of trying to take from them and punish achievement, it’s time to learn from what they do and emulate it. President Obama is looking for new strategies that will unleash private economic growth. As Steve Forbes new book, How Capitalism Will Save Us, reminds us—we don’t need a new idea! The President can unleash a tried-and-true strategy—stop throwing money away on losing companies “too big to fail” and start rewarding companies willing to invent the future and hire more Americans to do it. Whether you want to believe it or not, the American Dream can still work if we let it.