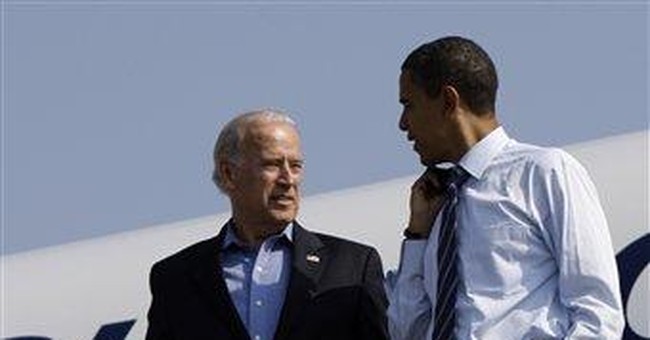 Ross Perot’s plain-speaking candor fits the times: “The deficit is like the guy that finds a rattlesnake in his pants. He knows he's got to shoot it, but he doesn't want to hit anything important.” No one’s shooting yet, but they sure know how to throw more of our money around! Money’s the talk of the town in Washington, and all that money seems to be saying is “Good-bye!”

The “final” bailout plan is yet to be fully dissected or passed, but Treasury Secretary Hank Paulson and Federal Reserve Chairman Fred Bernanke deserve kudos for trying to do something to get ahead of the problem! Unfortunately, ratcheting up the fear of a pending economic calamity to get action required politicians to produce some “cure” or risk creating an even greater economic panic! Whether their rescue plan will stabilize the market and provide needed loan capital, history will be the judge, but America will find a way to bounce back. But much can be learned from what helped create this crisis that should have a bearing on your presidential vote.

Democrats and liberal pundits are blaming the free market, the Fed’s easy money policy, deregulation, greed, and, of course, President Bush. Certainly, Fed Chairman Ben Bernanke’s monetary policy that has aggressively lowered interest rates helped drive down the value of the dollar and make loans overly attractive at unheard of rates. Certainly, unscrupulous financial institutions are also to blame for creating unsound and complex investment vehicles that fueled speculation and generated excessive profits without ever questioning the investments or the loans they created.

The administration is also not blameless, but an Opinion Journal column by Charles Calomiris and Peter Wallison documents the role of Congress in creating the current credit crisis. Accounting scandals at Fannie Mae and Freddie Mac surfaced as early as 2003 when Federal Reserve and Congressional Budget Office economists found that, despite their subsidized borrowing rates, Fannie and Freddie had not significantly reduced mortgage interest rates. Instead of making mortgages cheaper for borrowers, they were making excessive profits and thus creating greater risks for the taxpayers, the economy, and mortgage payment-strapped homeowners.

In response to their lapses, Fannie and Freddie used a commitment to increase financing for "affordable housing" to curry Democratic support. Rep. Barney Frank openly admitted at a committee hearing on GSE reform in 2003: "Fannie Mae and Freddie Mac have played a very useful role in helping to make housing more affordable . . . a mission that this Congress has given them in return for some of the arrangements which are of some benefit to them…."

Beginning in 2004, their portfolios of subprime and Alt-A loans and securities began to grow. Fannie and Freddie became their largest buyers between 2004 and 2007, with total GSE exposure eventually exceeding $1 trillion. In doing so, they stimulated the growth of the subpar mortgage market and magnified the costs of its eventual collapse.

When irregularities continued to surface, McCain and others warned of the coming mortgage crisis. In 2005, McCain spoke in favor of the Federal Housing Enterprise Regulatory Reform Act of 2005 from the floor of the Senate: "For years I have been concerned about the regulatory structure that governs Fannie Mae and Freddie Mac…." McCain pointed to a $10.6 billion accounting scandal at Fannie Mae where their quarterly reports of profit growth were "illusions deliberately and systematically created" by the company's senior management. McCain called for reform.

A recent Glenn Beck article chronicles the repeated calls for reform by President Bush and his administration since 2001. They not only warned of the systemic consequences of a Fannie and Freddie failure but suggested thoughtful plans to reduce the risk. His warnings went unheeded and his attempts to reform were blocked by Democratic legislative maneuvering.

What was our champion of change and hope doing about the problem? Nothing! Records from the Federal Election Commission reveal a possible reason for Obama’s silence. In his three complete years in the Senate, he’s the second largest recipient of Freddie-and--Fannie-connected campaign contributions. It took Sen. Christopher Dodd, chairman of the Senate banking committee, eleven years to receive $165,400 in contributions from GSE PACs and individuals. Obama received $126,349 in just three years.

Free market capitalism didn’t create this crisis. The Democrats’ "progressive" social policies helped stifle free market checks and limit appropriate regulatory oversight. The same politicians who today decry the lack of intervention to stop past abuses were the ones who blocked the legislative efforts that might have stopped them. While McCain is leading, Obama’s watching. Barack’s a great talker, but he’s remained inactive when he should have been part of the solution.