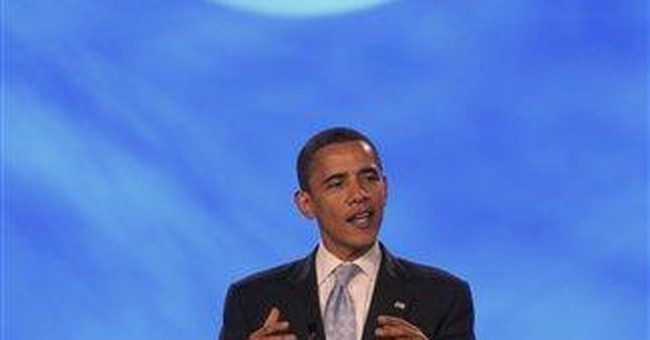 As a long-time professional speaker and past president of the National Speakers Association (NSA) and the International Federation for Professional Speakers, I’ve seen my share of great speakers. The best blend style with substance; they demonstrate eloquence and expertise.

The speaking skills of this year’s Democrat and Republican presidential candidates have been contrasted and identified as one of many factors impacting the election outcome. At NSA’s national convention, a colleague and I are offering a timely session, “Campaign Rhetoric 2008-What's Working and What We Can Learn About Influencing Audiences.”

When it comes to engaging platform eloquence and connecting emotionally with audiences, it’s clearly, “Advantage Obama!” As with Reagan and Clinton, he has the gift of oratory. Barack Obama is tall, self-assured, and photogenic. He has a smooth delivery and a warm demeanor.

With Obama, the question isn’t style; it’s depth of substance. There’s an Indian saying: "High wind, big thunder, no rain." Right now, Obama is dating the public, but the tight poll numbers indicate that Americans haven’t decided whether they trust his proposal enough to marry him in November!

Like a good lawyer, Obama has taken advantage of a good opening argument calling for hope, unity and change. He’s hoping that enough of the “jury” will buy his message and sift through the campaign coverage to accept only those facts and images that support that belief.

Obama’s ability to excite huge crowds creates an obvious podium mismatch. In comparison, McCain might echo the admission of Lord Birkett: “I do not object to people looking at their watches when I am speaking--but I strongly object when they start shaking them to make certain they are still going.”

John McCain may never have a lucrative career as a motivational speaker, but his unique style impacts campaign audiences in a different way. His strength of character, experience and authenticity generate trust. His preference for town hall events over speeches with teleprompters allows him to demonstrate his judgment, his depth of knowledge and his flexible understanding of critical issues. McCain relishes the open give-and-take of eyeball to eyeball dialogue with citizens.

As successful author and speaker, Tom Peters, observed, "There is only one style--yours. If you drool, drool, but do it with sincerity." John McCain won’t compete on the standing ovation scale, but when Americans start to put their focus on making their choice, he wants to sell enough Americans on the importance of picking an authentic president with experience, judgment and substantive solutions to the problems that matter most to America.

Obama’s refusal to join McCain on his extensive town hall tour of America and his reliance on controlled presentations may backfire. Today’s audiences don’t just want to listen; they want involvement. Don’t just give me platform connection; talk to me. McCain may soon adapt a famous Reagan line: “There he goes again. Great speech, but when will he get off that platform and answer your questions?”

Don't entertain me! Show me its relevance to my job, my career or, best of all, my paycheck. Once you have done that, I challenge you to bore audiences! Good campaigners make citizens aware of their headache; the rest of their campaign is convincing them that they’re the aspirin to relieve the pain.

Obama has captured the slogans of hope and change as his own. McCain’s focus on credibility and experience isn’t enough. McCain’s emphasis on “Reform, Prosperity, and Peace” hits three key issues: the economy, energy and national security. At times he’s also stressed different themes: “Country First,” “A Time for Action,” “The Straight Talk Express,” and “Secure Our Energy Future.” Whatever finally excites voters, McCain will have to stake out his own solid ground themes to win.

As we get close to election day, McCain will keep reminding voters of fears that call for experienced leadership—the war against Islamic terrorism, rising fuel costs, and our economic malaise. Faced with pending disasters and realistic fears, more voters will value experience over eloquence. As the infamous Hillary Clinton commercial asked, “It's 3 a.m., and your children are safe and asleep. Who do you want answering the phone?”

Expect McCain’s “Straight Talk Express” to wear well in the Fall Campaign. Obama talks about being a “uniter;” McCain has done it by reaching across the aisle to get things done. Obama will try to paint McCain as a continuation of George Bush, but he’s always been a maverick whose disagreed with Bush over the conduct of the Iraq war, detainee treatment, government spending and budget gimmicks.

Politicians used to be able to say one thing in one town and something else in the next. Not any more. Clinton’s “Bullets in Bosnia” story torpedoed her momentum at a critical point in her campaign. McCain would rather win a war than an election. He would rather be respected than liked.

Barack Obama appears to have a need to be liked by every audience. Because of his limited political record, any break in trust or lack of clarity in his campaign will have even more impact.

Like Thomas Dewey, the media has all but prepared the headlines for Obama’s victory. Cavett Robert, the founder of NSA, used to remind speakers, "The only reliable readings are restroom readings--go into your cubicle early and really listen to what people have to say."

To the dismay of the pundits and liberal media experts, when voters actually go into the voting booth and vote or Americans fill out their absentee ballot, don’t be surprised if John McCain pulls a Harry Truman—a man of substance and character wins over polish and eloquence.