Which Immigrant Should Be Your Neighbor? 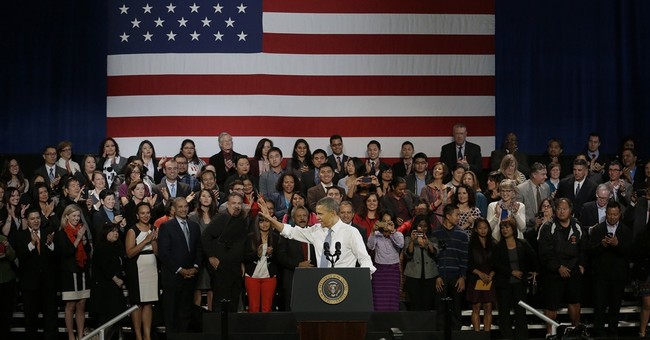 Trending
Daniel and Samuel were both born in Monterrey, Mexico on the same day in 1990 and baptized by the same priest two Sundays later.

Both attended the same primary and secondary schools. Both dreamed of some day moving to the United States. But there the similarity ends.

Samuel dropped out of school in tenth grade. Daniel graduated from secondary school, went on to the university and graduated at the top of his class.

The last time Samuel ever walked through the door of a church is when he walked out of one just after receiving the sacrament of confirmation. Daniel served as an altar boy and attends Mass every Sunday, every holy day and often on other days as well.

After dropping out of school, Samuel held a series of jobs, doing unskilled labor. After graduating from college, Daniel took a teaching job at a local high school and attended graduate school at night, hoping eventually to earn a doctorate in history.

Daniel is habitually honest. In keeping with his religious faith, he would never knowingly break a law unless it was plainly an unjust law -- such as one that required him to discriminate against somebody because of their race or to pay for an abortion.

Daniel -- also because of his fundamental beliefs -- consciously discovered as an adult what he instinctively knew as a child: He was a conservative, who embraced work and family along with his faith.

Samuel was not particularly concerned with any of these things.

At the age of 23, both Samuel and Daniel still dreamed of moving to the United States.

Which of these two hypothetical men would be more likely to illegally cross the U.S. border and illegally work and settle in the United States?

Earlier this year, the Congressional Budget Office prepared a "description" of the immigrant population in the United States for House Budget Chairman Paul Ryan.

According to the CBO, there were 11.5 million "unauthorized" aliens in the United States as of 2011. These did not include large numbers from the Coptic community in Egypt, the Orthodox community in Syria, or from Kenya, South Korea or south Sudan.

But, according to the CBO, 59 percent of the illegal immigrants in the United States were from Mexico, while another 14 percent were from El Salvador, Guatemala and Honduras.

In analyzing the educational attainment of immigrants, the CBO did not distinguish between the legal and the illegal, but it did show a sharp distinction between those from Mexico and Central America and those from elsewhere.

If educational attainment is the test, Samuel, the high school dropout, is more likely than Daniel, the aspiring history professor, to come to the United States from Mexico.

As I noted in this column in June, Sen. Chuck Grassley, R-Iowa, offered an amendment to the Senate immigration bill that would have required illegal aliens seeking legalization to disclose "all the names and Social Security account numbers that the alien has ever used to obtain employment in the United States."

Sen. Chuck Schumer objected. "When people are living in undocumented status, there are times, I suppose, when they've made up identities, made up Social Security numbers," he said. "I just don't see how, when you've lived here 10 years, and you've had many different identities, many different numbers, you're going to remember them all."

In 2009, according to the inspector general of the Social Security Administration, the agency received 7.8 million W-2 forms where the name and Social Security number did not match -- often meaning the form was filed on behalf of an illegal alien using a fake or stolen number.

This, too, mitigates in favor of Samuel being the man who illegally immigrates to the United States. Daniel would never -- let alone habitually -- assume a false identity or use a fraudulent or stolen Social Security number.

Daniel, considering his true and deeply held moral and religious convictions, could never identify with or lean toward a political party dedicated to the legalized killing of unborn babies and state-sanctioned same-sex marriage.

Since the majority of "unauthorized" Latino immigrants do lean toward a party dedicated to these things, this also seems to suggest Daniel would not be the man to illegally immigrate to the United States.

When people are tempted to argue that it would be compassionate to give a "pathway to citizenship" to the illegal aliens in this country, they should think about the Daniels of this world -- whether they are living today in Mexico or Egypt.

They are not breaking our immigration laws precisely because they live their lives according to the values that made this country great.