Only the Self-Reliant Remain Free 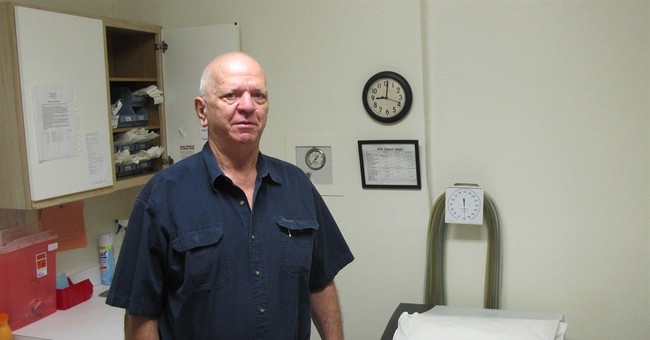 Trending
Who had more freedom?

Was it the pioneer who rode horseback across the Midwest, settled in a wide-open space without paved roads, grocery stores or hospitals, and he had to build his own home, cultivate his own food and educate his own children?

Or was it the less-adventuresome brother he left behind in an Eastern city who lived next door to a hospital, across the street from a public school and kitty corner from a grocery store -- but in his later years, he could only get to work if he rode a public transit line and if the transit line ran on time?

I vote for the pioneer. He was not dependent on government. His brother was.

Self-reliance and freedom are inseparable. Americans once knew this in their very souls. Now, coaxed by those with a socialistic vision of government, we are beginning to forget it. We are becoming ever more dependent on government and putting our freedom at risk.

It is a simple as that.

The Census Bureau recently published some remarkable data. As of the end of 2011, it said, there were approximately 151,014,000 who received one or more benefits from the federal government. That was 49 percent of the population of the country, which then stood at 306,804,000.

Some of the people receiving federal benefits had paid payroll taxes their entire working lives in return for the privilege of living in government dependency during their retirement. 49,901,000 were on Social Security, according to the Census Bureau, and 46,440,000 were on Medicare.

Others, however, were simply on the dole. 108,592,000 people in the United States as the end of 2011 were enrolled in one or more federal means-tested welfare programs, according to the Census Bureau. Those 108,592,000 welfare recipients out-numbered the 101,716,000 people who worked full time that year.

For each person in this country who gets up each week day and goes to work, and works a long day, and does it week after week after week, there is now more than one other person who is living off the taxes that person and his fellow full-time workers pay and off the new net debt the Treasury must continually issue to cover the cost of a government that routinely exceeds tax revenues.

The welfare takers, according to the Census Bureau, included, among others, 13,433,000 who relied on the government to provide them with housing or a subsidy for their housing, 49,073,000 who took food stamps, and 82,457,000 living in households on Medicaid.

Or what if the government decided to use its leverage over people who are dependent on it to force them to do things that are morally wrong?

The government concedes that this violates the religious and moral convictions of many Christians, but the government does not care.

If Obamacare is cemented into American life and culture, the government will soon be paying for the majority of American's health care and this government has already demonstrated it is willing to use its leverage over health care to force people to make immoral decisions on a matter that involves the deliberate destruction of innocent human life.

Government dependency does not liberate, it enslaves. If America does not recapture its pioneering spirit soon and begin dismantling the welfare state, it will dismantle us.