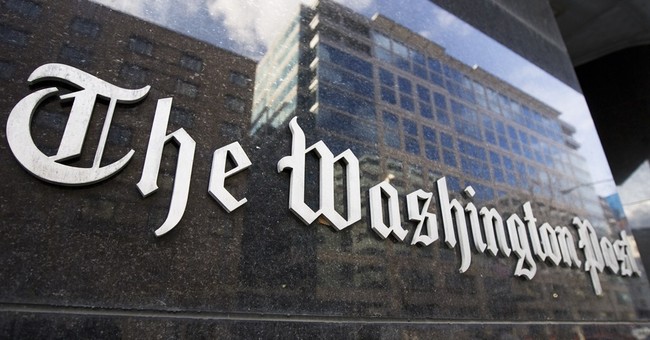 In the past week, The New York Times Co. announced it was selling the Boston Globe to Boston Red Sox owner John W. Henry and Washington Post Chairman Donald Graham announced Amazon.com founder Jeff Bezos was buying the paper that Graham's family has run for decades.

The combined $320 million market value of these two big-city dailies is about as much as the federal government now spends in 45 minutes.

That comparison is telling. The highest purpose of the press is to defend liberty against over-reaching government. In recent decades, the press has shrunk, while government has grown.

Both the Post and the Globe were liberal publications that too often worked against the highest purpose of journalism by taking the side of bigger government against individual liberty. Both, for example, editorially supported Obamacare. Nonetheless, the declining market value of these newspapers -- and of American newspapers in general -- points to a genuine problem for our country.

In July 2011, the Census Bureau estimates, there were 311,591,917 people in the country, which means daily newspapers printed one copy of their product daily for every seven people.

Over the last seven decades, the person-per-newspaper ratio in America has doubled.

Federal government spending per newspaper circulated daily was about 22 times as great in 2011 as it was in 1940.

It would be convenient to conclude that what newspapers have lost in daily print circulation they have made up with daily visits to their websites. But, on a per capita basis, this is not the case. In August 2011, according to data posted by the Newspaper Association of America, newspaper websites had 112,299,999 unique visitors, but only 25,300,000 average daily visitors.

Here is another measure: In 2011, according to the government's Medicaid and CHIP Payment and Access Commission, there were 71,700,000 who went on Medicaid for at least one month. That means there were more people on that government health care program for at least a month than the combined number (69,721,000) of newspapers put into circulation daily and people visiting newspaper websites daily.

Medicaid now appears to have a larger potential customer base than newspapers.

Liberal editors should think about that the next time they advocate more government.