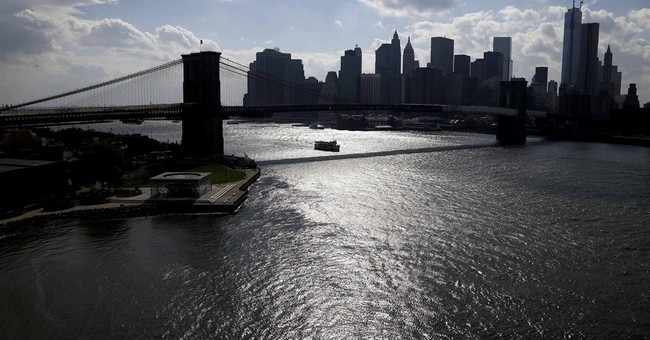 On Sept. 11, 2001, 19 people hijacked four U.S. commercial airliners after those airliners took off from airports inside the United States. They then flew those airliners into the World Trade Center towers, the Pentagon and a field outside Shanksville, Pa.

The hijackers had certain characteristics in common. All were young males from regions of the world that in recent decades had produced radicalized Muslims -- and the U.S. government had given all of them visas to enter the United States.

The oldest of the hijackers was 33; the youngest was 20; their average age was about 24. One came from Egypt, one from Lebanon, two from the United Arab Emirates, and 15 from Saudi Arabia.

The staff of the National Commission on Terrorist Attacks Upon the United States -- the 9/11 commission -- would later publish a report on how these young radical Muslim men were allowed to enter the United States and travel around our country as they prepared to murder thousands of Americans in the name of jihad.

The report said: "The relative ease with which the hijackers obtained visas and entered the United States underscores the importance of travel to their terrorist operations."

"Once the operation was underway, the conspirators attempted to enter the United States 34 times over 21 months, through nine airports," said the report. "They succeeded all but once."

What strategy did the United States pursue to protect the liberty and security of Americans from future attacks like the ones carried out inside the United States by these 19 young radicalized Muslim males from Egypt, Lebanon, the United Arab Emirates and Saudi Arabia?

It encompassed many things, including, we now know, activities as far-flung as supporting revolutions in Middle Eastern countries and tapping directly into the servers of Internet companies like Google and Facebook. But it did not include stopping Umar Farouk Abdulmutallab, a 23-year-old radicalized Muslim male from Nigeria, from boarding Detroit-bound Northwest Airlines Flight 253 in Amsterdam at Christmas 2009.

Had Abdulmutallab's underwear bomb worked, Flight 253 would have been blown out of the sky.

A month before that flight, Abdulmutallab's father went to the U.S. Embassy in Nigeria and warned our government about his son. Our government put Abdulmutallab's name on a list called the Terrorist Identities Datamart Environment (TIDE). That list -- the government's master list of known or suspected terrorists -- contained about 500,000 names at Christmas 2009.

But the government failed to put Abdumutallab on the somewhat smaller list called the Terrorist Screening Database (TSDB), which then consisted of about 400,000 names. That list, according to the FBI's Terrorist Screening Center, includes "only individuals who are known or reasonably suspected to be or have been engaged in conduct constituting, in preparation for, in aid of or related to terrorism."

And even had Abdulmutallab made the TSDB by Christmas 2009, that does not mean he would not have been stopped from boarding Flight 253. For that to have happened, he would have needed to make it past the "Selectee" list (which then had about 14,000 names) to the "No Fly" list (which had only 4,000).

Making the "Selectee" list would have subjected him to greater scrutiny before boarding the plane. Making the "No Fly" would have blocked him from boarding.

Then-National Counterterrorism Center Director Michael Leiter told the Senate Homeland Security Committee a month after Flight 253 that if all of the information the U.S. had about Abdulmutallab had been put together, it still would have taken a subjective analytic judgment to determine whether to put him on the Selectee list or the No-Fly list.

"On that first one, under the existing standards, I think he's likely in the Selectee, but likely not the No Fly," Leiter told the committee. "On the later analytic judgments, it's more likely that he gets into the No-Fly criteria."

Last week, The Washington Post reported that senior Russian counterintelligence officials showed a delegation of U.S. congressmen a letter they sent to the FBI in March 2011 about 26-year-old Tamerlan Tsarnaev, the alleged Boston Marathon bomber. The letter, as the Post reported, "suggested that Tsarnaev was far more committed to jihad than had been earlier reported."

After visiting his native Russia last year for six months, Tsarnaev was allowed to re-enter the United States.