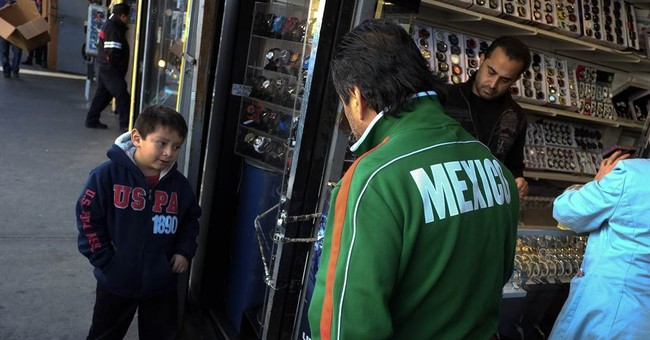 For much of our history, the sheer difficulty of getting to America and surviving here ensured the nation was stocked with immigrants who represented a sort of natural elite.

No, these immigrants did not come from foreign aristocracies, nor need they come from any particular location, ethnic group or profession.

But before Franklin Roosevelt began establishing an American welfare state, and before a series of Roosevelt's successors decided they would make no serious effort to secure our national borders, immigrants to America had at least two things in common: The ability to get to a place that was hard to reach and the ability to survive there on their own.

Now America is becoming a magnet for high-school dropouts.

That is why the report that the Congressional Budget Office produced this month for House Budget Chairman Paul Ryan ought to become a focus of national debate, as members of both parties in Congress work with President Obama to try to give foreign nationals living here illegally a way to become citizens.

Here are some key facts presented by the CBO: 1) There are now 40 million foreign-born people living in the United States, making immigrants a bigger share of our national population than at any time since 1920. 2) Twenty-two million -- a majority of the foreign born -- are non-citizens. 3) Eleven-and-a-half million -- a majority of the non-citizens -- are illegal aliens.

A large majority of the illegal aliens in the United States -- 6.8 million, or more than 59 percent -- come from Mexico. About another 1.6 million -- or 3.9 percent -- are from El Salvador, Guatemala and Honduras.

In keeping with their general level of educational attainment, Mexican and Central American immigrants earned less than native-born Americans, while Asians, Europeans and Canadians earn more.

The real issue here is the government's persistent refusal to enforce the law in deference to three special interests.

What are they? First, American industries that have been hiring less skilled, less educated illegal workers from Mexico and Central America -- and thus have made less-educated, less-skilled American workers compete with immigration lawbreakers for jobs and wages.

Secondly, the illegal aliens themselves, who have been allowed persistent flout U.S. laws.

Finally, and most significantly, there are the politicians who believe their own interests are advanced by pandering both to the industries that employ illegal aliens and to the illegal aliens themselves.