The Genius of Jerry Garcia 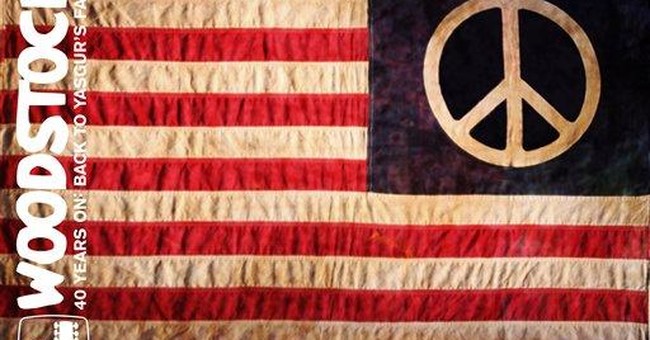 I was sitting in a classroom in McCosh Hall at Princeton University one spring day in the late 1970s, when I learned something that helped me understand the artistic genius of Jerry Garcia.

No music played in that room that day -- only the amiable voice of professor Henry Miller.

I don't know if Miller had ever heard of Jerry Garcia. But he did know all about Alexander Pope, and he successfully communicated to his students in 20th century America what made Pope's poems, written in 18th century England, immortal statements of beauty and truth.

Gray, bearded and twinkle-eyed, Miller looked a little like Garcia himself might have looked had Garcia worn tweed jackets and faded ties and seen a barber more than once a year. Like Garcia, this extraordinary English professor rarely failed to communicate a passion for what he did. He wanted you to love the poetry of Pope because he loved the poetry of Pope, and he knew you could never truly do so until you understood its unique genius.

As I recall, we were reading Pope's "Essay on Man."

"Snatch from His hand the balance and the rod/Re-judge His justice, be the God of God," Pope challenged those who, in their pride, refused to recognize the divine order that ran through all created things.

"All nature is but art, unknown to thee," wrote Pope. "All chance, direction, which thou canst not see/All discord, harmony not understood/All partial evil, universal good/And, spite of pride in erring reason's spite/One truth is clear, whatever is, is right."

As professor Miller began his examination of such lines, I suspect I would have been looking out through the arching windows of McCosh, past the giant elms in the intervening quad, to the gray, gothic flanks of the Princeton chapel. It is even possible I was thinking just then of one of the extended jams I had seen Jerry Garcia lead the Grateful Dead through in New York or Philadelphia, where my friends and I had traveled in recent weeks to see the band play on its spring tour.

At the chalkboard, Miller scratched out a Latin phrase: Concordia discors. It meant drawing harmony out of discordant things.

Great artists understand that the human heart anticipates harmony, rejects disharmony, and expects storytellers and poets to ultimately imitate as best they can God's providential plan -- by drawing order out of chaos.

That was the signature Jerry Garcia put on his finest performances as a musician. He would take a melody to the outer edges of plausibility, to the very borders of cacophony, and then bring it back to a resounding harmonic resolution.

The final effect was a powerful affirmation of the natural order.

Recordings from the later phases of Garcia's career feature many old bluegrass, folk and gospel songs. His legacy of recordings, in that way, followed the same symbolic arc as one of his great jam songs. It returned to the abiding harmony of tradition.

"Some beauties yet no precepts can declare/For there's a happiness as well as care," wrote Pope in his "Essay on Criticism." "Music resembles poetry -- in each/Are nameless graces which no methods teach/And which a master hand alone can reach."

That type of genius is also a gift from God -- and Jerry Garcia had it.