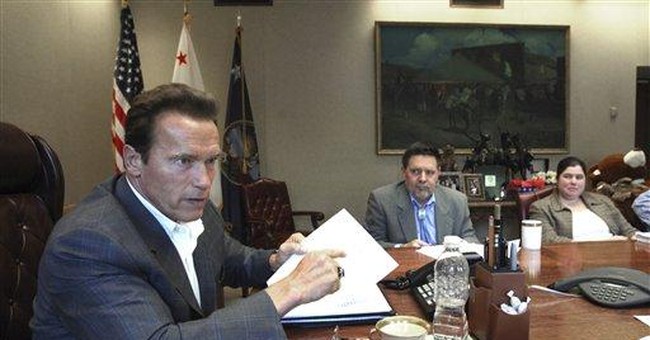 The current debate over whether the national health care plan being developed in Congress should or should not include a so-called "public option" -- a health insurance plan set up by the government to compete with private health insurance providers -- misses the point.

In reality, the entirety of the congressional health care plan is a "public option." It is all about one thing: putting government in control of health care.

In doing so, it will necessarily increase the government's influence over some of the most morally significant decisions you will ever make about your own life and the lives of your loved ones. It will permanently diminish the freedom of your children and your grandchildren.

It will change America for the worse -- perhaps forever.

The main instrument Congress and the administration will use to expand the government's power over your health care is not a public health insurance provider, but federal subsidies.

Both the Senate and House versions of the health care bill would eventually put most Americans on the dole, converting middle-class Americans into lifelong welfare recipients and government dependents. It will do this with or without a public option.

Both the House and Senate bills set up a new government-regulated health insurance market -- called an "exchange" by the House -- where people can purchase approved health insurance plans (including, as currently drafted, the "public option") using "credits" that the government will provide to all families making up to 400 percent of the poverty level.

"Creates affordability credits to ensure that people with incomes up to 400 percent of federal poverty have affordable health coverage," says an analysis of the bill published by the House Ways and Means Committee. "These credits are phased out according to a schedule defined in the act as individual and family incomes up to 400 percent of poverty and the credits apply only to Exchange-participating plans."

Now, according to the Department of Health and Human Services, the federal poverty level for a family of two is currently $14,570. That means a husband and wife with no children who earn up to $58,280 (400 percent of the poverty level) would be eligible for federal health insurance subsidies.

For a family of four -- mom, dad and two children -- the poverty level is $22,050, and the upper income for getting federal health insurance subsidies would be $88,200.

For a family the size of the Brady Bunch -- mom, dad and six children -- the poverty level is $37,010, and the upper income for getting health insurance subsidies would be $148,040.

Usually, the only thing the class warriors pushing health care reform want to give to higher income people is higher taxes. But not in this case, and the reason is simple: The more people who become reliant on government for their health care, the more control government will have over people's lives.

The two-person household making $58,280 per year that would qualify for federal health-insurance subsidies under Obamacare is in the richer half of American households. The family of four making $88,200 is well into the upper third of incomes. The Brady Bunch earning $148,040 are so rich they are almost -- but not quite -- in the same financial stratosphere occupied by members of Congress.

A Kennedy-sized clan could earn more than the $174,000 per year paid by taxpayers to congressmen and still get federal insurance subsidies.

Once Americans are corralled into a federally subsidized and federally regulated insurance exchange, escape will be unlikely.

Americans can either be self-reliant and free or reliant on government and not free. Choose freedom. Kill health care reform.