Two for the Price of One 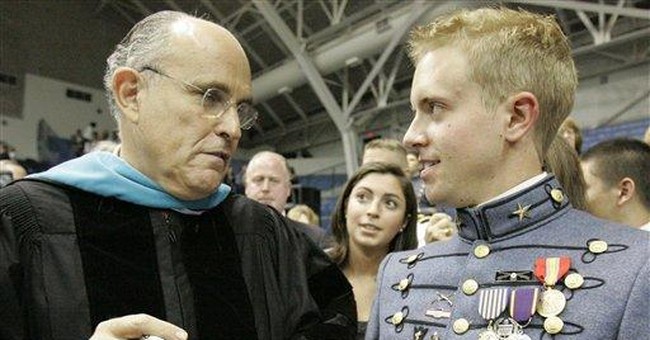 A powerful case can be made that the most important and lasting decision a president can make is the selection of a Supreme Court justice.

The Constitution describes the president’s authority in just a few paragraphs. At the core of executive power is the duty to “take care that the laws be faithfully executed,” but a massive federal bureaucracy does much of that work, and there is often very little discretion in how laws shall be enforced. Moreover, Congress decides what laws will be enacted and the courts have the final say in how they will be interpreted. The president makes foreign policy and serves as commander-in-chief, but congressional approval is required to implement policies such as treaties and trade agreements and to finance military ventures. The presidency is a powerful office, of course, but fears of an “empirical presidency” are quite overblown.

When it comes to Supreme Court (and lower federal-court) appointments, however, the president has an extremely important constitutional role. Only the president can select persons who will be judges and, once appointed, they serve for life. While the Senate must confirm judicial appointments, it seldom withholds its consent if the nominee is truly well-qualified.

Supreme Court justices often hold office for decades. Justice Sandra Day O’Connor, who resigned in 2005, served for 24 years. Chief Justice Rehnquist, who died that same year, joined the Court in 1972 and held his position there, first as justice, then chief justice, during seven presidencies. He and his two predecessors as chief justice held office collectively since the first year of the Eisenhower administration. On the current Court, Justice John Paul Stevens, the senior justice, is going strong at age 87, a veteran of 31 years on the Court — nearly eight presidential terms, an appointee of President Ford.

Three additional factors make every Supreme Court appointment extraordinarily significant. First, the Court is nearly evenly divided in a third of its decisions every year. Thus, one or two justices can change the outcome of the most controversial cases. For example, midway through the decisions the Court will render between last October and the end of June, there have been twelve cases where a one-vote shift would have produced a different result. Justice Anthony Kennedy, appointed in 1988 when Judge Robert Bork was rejected by the Senate, was the decisive vote in all twelve.

Third, Supreme Court decisions are generally irreversible. If based on the Constitution, they can be changed only if the Court reverses itself — a rarity — or by a constitutional amendment, an extremely difficult process that has been accomplished only four times in our history. Even interpretations of statutes are seldom overturned by Congress.

No wonder appointments to the Supreme Court have in recent years became so contentious; “mini-constitutional conventions” in the words of Justice Antonin Scalia. Indeed, if a change in one justice can alter the result in judicial rulings involving virtually everything we do, and if the person casting that vote may hold office for a generation or more, the selection of a Supreme Court Justice may arguably be as important as electing a president.

That is one very important reason why this conservative Republican is supporting Rudy Giuliani for president. I know the qualities he will look for in the persons he will appoint to the Supreme Court and the lower federal courts: Individuals of talent, quality, experience, integrity, intellect and conscious of constitutional limits on judicial authority; men and women who will respect and defer to the wisdom of the framers of the Constitution and the rights of the citizens to make policy through their elected representatives. Jurists in the mold of Justices Scalia, Thomas and Alito and Chief Justices Rehnquist and Roberts.

I know this because I have known Rudy Giuliani for 25 years. We first met when we served together in the Justice Department in the early years of the Reagan administration, where Chief Justice Roberts and Justice Alito were young lawyers honing their conservative legal instincts, and where jurists such as Bork, Scalia, and Thomas were first being considered for judicial positions. We have been close friends and colleagues ever since.

Rudy holds our judiciary and the judges who serve our nation, in the highest esteem. Our courts are the envy of the world — independent, honest, and fair. They make tough, often controversial, decisions every day, and they must be respected and supported. At the same time, Rudy knows that grave damage may be done to our democratic institutions and principles by judges who exceed their authority and take decisions away from the political branches of government, the people, and the political process. Except where clearly limited by the Constitution, policy judgments must be debated and decided by citizens and the individuals they elect. Judges who reach out to decide things because they believe they know better or because they believe Congress is not doing its job are taking from the people their right to govern themselves, even if popular sentiment or congressional actions may occasionally be misguided.

As Justice Scalia said in a dissent from a decision holding single-sex colleges unconstitutional, “[t]he virtue of a democratic system . . . is that it readily enables the people, over time, to be persuaded that what they took for granted is not so, and to change their laws accordingly. That system is destroyed if the smug assurances of each age are removed from the democratic process and written into the Constitution [by judges] . . . . [O]ur ancestors left us free to change. That cannot be said” of judges who inscribe their own preferences “into our most basic law.”

Our next president will appoint at least one, perhaps as many as three, justices, and countless other federal judges. More than nearly any other consideration, the person we elect must be committed to finding and appointing the very best judges.

Rudy Giuliani, I am certain, will strengthen our judiciary and respect and preserve its independence by appointing judges who will equally respect the role of the judiciary and the limits on its authority.