Why I Think You Should Vote For My Dad 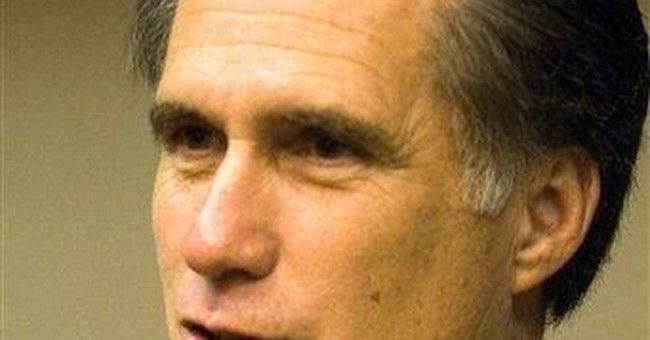 Like a lot of kids, I grew up thinking my Dad was Superman. And like most kids, in my teenage years, my view of him changed from Superman to Supernerd. But by age 16, I realized that my earlier view, though not totally realistic, was a lot closer to the truth. We continued to have occasional disagreements, and we still do. But I've come to realize how extraordinarily lucky I am to have Mitt Romney as my father. I also think that if elected, he would be one of our nation's most remarkable presidents.

I'll never forget one weekday sometime during July 1986 (burned in my memory as a magic year for a crazy Boston sports fan, with the Celtics, Patriots, and Red Sox all making it to the championship games). I went fishing in an old row boat in Buzzard's Bay on Cape Cod. I threw the anchor overboard and dropped my fishing line. After catching a few fish, I realized I hadn't tied the anchor to the front of the boat.

I returned to the house with my fish and sheepishly informed my Dad, who had company from work at the house, that I had lost the anchor. He told me to go back out and find it. I told him something along the lines of, "That's the stupidest thing I've ever heard – I can't find an anchor on the bottom of the Atlantic Ocean."

Now my instinct as a parent of three would be to send my kid to his room for talking to me that way and then make him work to pay off a new anchor. His reaction was different. He excused himself from his friends, got dressed in his bathing suit, grabbed a snorkel mask, and took me down to the beach with him. For 45 minutes we rowed back and forth, putting our faces into the water to see if we could find the anchor. Amazingly, we did.

I learned three lessons that day. The first is that my Dad really is pretty frugal. There isn't much that bothers him more than wasting money. The second is that my Dad honestly believes he can overcome any challenge with enough hard work and ingenuity. And third, I learned that my Dad cares for me enough to spend his day looking for an anchor in the Atlantic Ocean. He didn't care so much about finding the anchor as he did about teaching me the first two lessons – being wise with money and not letting anything stand in my way.

I've seen that pattern repeat itself dozens of times in his life – at the Olympics, as Governor of Massachusetts, as a successful businessman, and as a father and husband.

When I vote for a Congressman or a Senator, I want someone who is going to be a strong representative for my conservative values. A thinker. A legislator.

But when I vote for President, I also want a doer. No-nonsense. Pragmatic. Proven. Someone who will be able to react quickly to any crises that arise, someone I trust to safeguard my family from threats abroad and threats from within.

I've seen my Dad in action, not just in one crisis, but in dozens. I don't think there is a person alive in whom I'm more confident in placing my trust.

Take a look back to 2002. That was the year he put on an incredible Winter Olympics with a $100M surplus (right after 9/11, and despite a major scandal that almost ruined the games before he took them over), won as a Republican Governor in an overwhelmingly Democratic state, and turned a $3B budget deficit into a surplus without raising taxes.

I recognize that all of that wouldn't matter so much if he were on the wrong side of the issues. We should want someone who not only will lead, but will lead us in the right direction.

Ask yourself who you want leading our nation over the next decade as we face the following challenges: a Jihadist enemy intent on destroying our way of life; liberal elites and activist judges attempting to break down the social values and norms that have existed for centuries; an exploding immigration problem; a serious threat to our status as economic and military superpower from Asia; a looming energy crisis; out-of-control spending in Washington.

There is only one person I believe can do all of that. There's no question that I'm biased—I love my Dad. But my love hasn't blinded me. Like Lincoln in 1860, Roosevelt in 1901, and Reagan in 1980, Mitt Romney is the right leader at the right time for our great nation. He may not be Superman. But he's close enough for me.