The Barrier Between the Geeks and the Suits 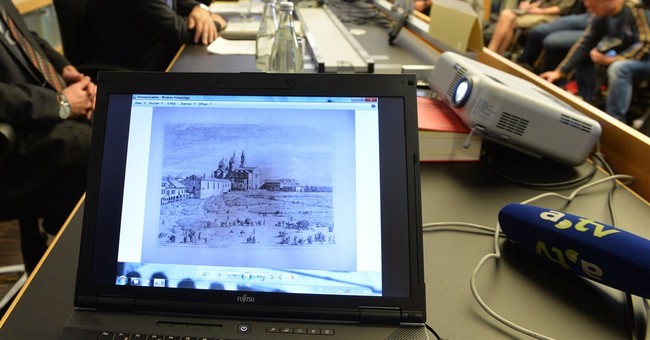 Edward Snowden's stolen secrets and the dismal failure of the rollout of Obamacare is giving electronic technology a bad name. But blaming high-tech tools is more like blaming the messenger. We have to work harder to master the secrets of the Internet, but the human element remains our biggest weakness.

It's hardly news that the screening process for giving Snowden access to sensitive data was deeply flawed. So, too, were the instructions to the National Security Agency that enabled the abuse of the rest of us. For whatever good intentions the NSA might have had, the snoops cost America the moral high ground in dealing with the evil abundant in the world. We've enabled Vladimir Putin, the old KGB hand, to give a civil-rights lecture to the president of the United States.

Angela Merkel, one of America's best friends among the Europeans, is more than embarrassed by Snowden's revelations. Germans are sensitive to their Gestapo/Stasi past, and they're devouring Snowden's self-serving open letter in der Spiegel, justifying his leaks, as if he's a reincarnation of Tom Paine. Citizens, Snowden writes, "have to fight against the suppression of information about affairs of essential importance for the public." He now has a job with a large Russian website. If this is bad news for Barack Obama, it's more than interesting news for Vladimir Putin.

The failure of the electronic tools for making Obamacare accessible to those who are required to use it poses a different problem. America, which led in inventing the Internet, has nevertheless fallen behind the curve in the high tech world in how it delivers government services. This goes to the heart of why big government couldn't get the Obamacare rollout right. A White House that doesn't know much about business, and sneers at those who do, compounded the failure.

In a 2010 memo that is only now getting attention, David Cutler, who worked for Obama as a healthcare adviser, warned the president and his administration that it lacked the crucial ingredients for the successful implementation of the health care law, which needs men and women with experience in complex business start-ups, basic regulations, technology and policy coordination.

This is not a problem unique to Obama, but the community organizer was particularly vulnerable with his lack of basic business skills. He should have channeled the late George McGovern, who once told me that his greatest regret was that when he was a senator and then a candidate for president, he knew little about running a business. He and those like him were ignorant of the many regulations that hobbled innovators and entrepreneurs. "Those who wrote the laws didn't know what they were doing," he said. He learned the hard way when he retired from politics, bought an inn in Connecticut and then soon went bankrupt.

Technology today compounds the difficulties for start-ups with what economist Arnold Kling calls the "suits-geek divide."

"In my experience, communication failures between technical staff and management reflect an atmosphere of fear and lack of mutual respect," he says. He asks his economics students, when presenting proposals to start a new business, to pose two questions: "What are the critical management functions, and what would somebody experienced in this business know that you do not know?"

If the president and Kathleen Sebelius, the secretary of Health and Human Services, were in his class proposing the world's largest insurance brokerage, Arnold would expect them to know about marketing, customer education, insurance company partnerships, pricing, and underwriting standards and operations. Someone with business experience would understand that problems run deeper than simply setting up a web site. Successful negotiation and coordination between systems of the government and the insurance companies require an executive with the authority to go to the top without feeling too intimidated to suggest changes.

Obama's public performances offer clues to his management style, revealing a self-appointed "vision" man who stands above it all until he meets the public as seller-in-chief. Sibelius suggests that she didn't know the right questions to ask her contractors, and didn't make sure there was clear and effective co-ordination between the technical staff, the geeks and the business staff, the suits. She was not amused when someone gave her a copy of the familiar computer reference manual, "Web Sites for Dummies."

On a systems project as big as Obamacare, you're in a heap of trouble if you have to revisit the dynamics between the geeks and the suits after the rollout. "They're trying to change a tire on a car going 70 miles an hour down the expressway," says Rep. Mike Rogers of Michigan (who's a congressman, and obviously not a coiner of workable metaphors). A more likely metaphor is a car with a dead battery.