Classics for Tots on the Way Up 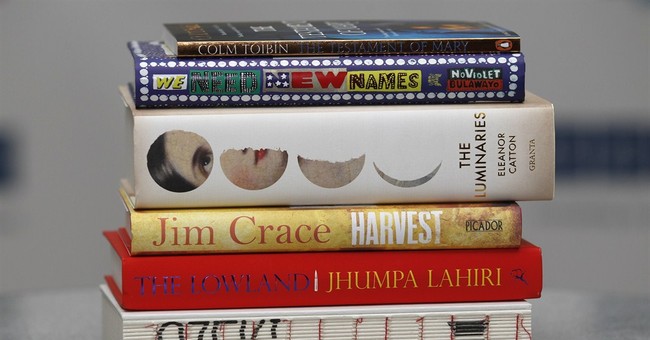 Trending
Three decades ago, Woody Allen made a movie called "Zelig," and Zelig is still among us -- popping up in Hollywood, politics, academia and anywhere where ambition is on the make. Zelig is a human chameleon, a liar and an imposter eager to fit in anywhere opportunity knocks. Under hypnosis, he tells his psychiatrist that he started lying when he was a boy. A clique of bright schoolmates asked him whether he had read "Moby Dick," and he said he had when he hadn't. In those distant days, the literary canon, with its great books, was important enough that few dared admit they hadn't read such an important literary work.

Even fewer suffer that problem today. English majors have fallen on hard times. The study of the humanities is in sharp decline, and "Moby Dick" has gone the way of Captain Ahab, into the drink. But literary appreciation is staging a comeback, starting with the ridiculous, leading to the serious and sometimes close to the sublime.

"The lives of successful people almost never involve continuing to do what they were prepared for," says Richard Brodhead, president of Duke University, of liberal arts education. "As their lives unfold, they find that by drawing on their preparation in unexpected ways, they're able to do things they hadn't intended or imagined." Even in the digital age, the spoken and written word remains the basic tool of communication, and the successful have to know how to make a cogent argument in more than 140 characters. A library of "cozy classics" has now been published for a teething set. Babies and toddlers, the New York Times tells us, are offered board books of "Moby Dick," "War and Peace," and "Wuthering Heights." Food for thinking. These infants get to chew on the written word.

"People are realizing that it's never too (soon) to start putting things in front of them that are a little more meaningful, that have more levels," says Suzanne Gibbs Taylor, a publisher whose BabyLit series has sold more than 300,000 books. She has re-created Jane Austen for the youngest among us.

These books are no doubt published more for the satisfaction of parents than for drooling infants, but the publishers heed the latest advice from the child-development specialists, who stress the importance of reading to infants early and often. They testify to a craving for a common core of literature that was foolishly dropped from high schools and universities. Feminists railed against Prince Charming mounting a white horse to ride to the rescue of Cinderella, but Elizabeth Bennet's Mr. Darcy in "Pride and Prejudice" remains a hero in both book and film. Other literary classics have followed as the focus for adults in book clubs, as new parents and older grandparents discover what they didn't read when they were younger and now wish they had.

When academics at the American Academy of Arts and Sciences released a report called "The Heart of the Matter," seeking more emphasis on the humanities and social sciences, the politicians greeted it with the usual breast beating, lamenting the lack of literacy in the schools, but with little result. That's because educational change must come from those closer to the problem: the parents and teachers who can demonstrate the importance of the humanities to an integrated life, and corporate and business leaders who can insist that college graduates know of the humanities and something besides spreadsheets.

Steve Jobs knew the importance of fusing metaphor with machine and sought innovators with a background in the liberal arts to work with engineers to create Apple designs. Norman Augustine, former head of Lockheed Martin, has long argued the importance of both the arts and science in education. Employers, he says, want the skills the humanities teach -- critical thinking, weighing interpretations, and analytical clarity. Humanities majors scored 9 percent higher than business majors on the Graduate Management Admission Test when applying to business school.

Trends in childhood development come and go, and just as Baby Einstein toys that played Mozart and Beethoven did not composers make, teething on "Moby Dick" won't create another Herman Melville. But this trend encourages great books that teach great lessons. It's not even too late for Woody Allen to read "Moby Dick."

Write to Suzanne Fields at: suzannefields2000@gmail.com. Suzanne Fields is currently working on a book that will revisit John Milton's 'Paradise Lost.' To find out more about Suzanne Fields and read her past columns, visit the Creators webpage at www.creators.com.