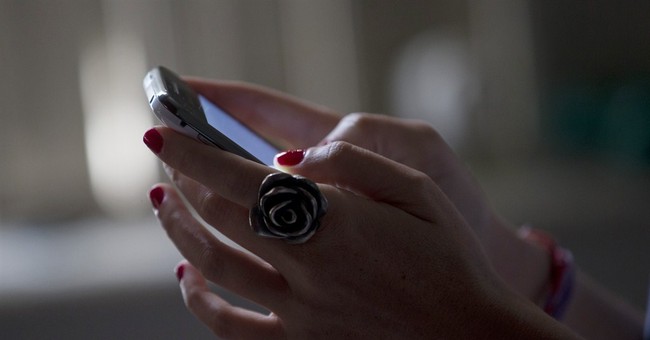 August, despite its heat and humidity, isn't cruel like April, but it taps deeper into melancholy. The days grow shorter, sunlight becomes less intense, and shadows lengthen, shading the edges of experience. Summer begins to feel like Sunday night.

I'm sitting on a park bench in Woods Hole, Mass., watching strollers, runners and bicyclists on a narrow public path bordered with leafy green and wildflowers. The sky is blue, and the clouds tease the imagination with fanciful white puffs. But many of the passersby, young and old, see neither the lavender nor the green and blue. They never hear the song of a bluebird or the croak of a bullfrog. How can they? Their ears are plugged with the paraphernalia of cellphones, shutting out the sounds of late summer in exchange for music, media, and bits and pieces of information from the wired world.

The digital distractions alter the way we see and hear the world around us, and this is especially true in the great outdoors. For those of a certain age, a well of memory sustains, and we're like Marcel Proust at the seaside, flooded with childhood memories of laughter and conversation over dripping ice cream cones. Our children and grandchildren are growing up in a different sphere, not necessarily narrower, but certainly altered, where the high-tech machines create what will be remembered. This gives new meaning to Marshall McLuhan's idea that "the media is the message." The wired connections disconnect us from our immediate surroundings.

"The most important thing in our culture-sphere isn't change but the fact that reality itself is dwindling," observes Henry Allen in The Wall Street Journal. "Is some sort of cultural entropy homogenizing us?" Allen, a Pulitzer medalist, knows the zeitgeist and wrote a book about the flavor of each decade of the 20th century. Some decades were tastier than others.

It's not that the good old days were better, but they were alive in different ways, separating everybody into their private worlds, but always bringing them together again with the pleasurable reminiscences of what had passed. We played board games face to face, not on a screen, arguing between moves, relishing the human contact. The arguments over the rules, who was right and who was wrong, were part of the game. Now the arguments are quickly settled when someone looks at a tiny instrument in the palm of his hand and announces the cold fact.

Every generation has its unique vocabularies, its slang and jargon (and its vulgarisms) to keep out the adults. But now hip idioms expand so quickly across generations that they become instant anachronisms. "Gay Paree" has no meaning now unless you're homosexual. Has any word changed meaning so conclusively in such a short time? The language of love once required felicitous feelings. Consider the soft murmur of a "liaison" with the harsh consonants of a "hookup."

For Americans, 9/11 was a turning point in many ways. Before that date that shares infamy with Dec. 7, we felt secure in the old ways of thinking that sustained us in Western traditions, even if sometimes honored in their breach. Once terrorism struck home with terror and violence, robbing us of our snug (and smug) confidence of invincibility, we lost a sense of collective affection, despite our protestations to the contrary.

From the books and movies about London in the Blitz, the moral certainties of World War II, we feel an envy of those who lived life intensified; there was no argument over whether the Nazis were evil. The Islamists are an enemy that does not unite us in the same way. We watch a revolution splinter into factions in Egypt, with the dead and wounded displayed on the television screen, and we aren't even sure which side we're rooting for (if we root at all). The president insists that "we don't take sides," an ominous and ironic footnote to his Cairo speech of only four years ago, which he called "A New Beginning."

Western idealism is no longer a lens for interpreting the world, and it's a questionable lens for looking at ourselves. We can reach anyone and everyone in an instant with the new media of the Internet, but we don't have a message that unites us. We feel individual control over little beyond the machinery of the media.

"We are all outsiders," says Henry Allen, "with no inside to be outside of." One cellphone rings in a crowd, and we all think it's for us.