High-tech and Humanity: 'English Majors Are What We're Looking For' 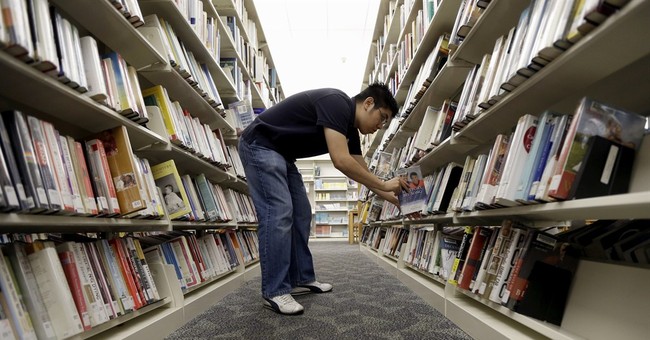 Trending
Economic anxiety defines the Detroit bankruptcy, and not just in Michigan and the Midwest. Detroit is the urban nightmare, symbolic of America's downward cultural spiral since the 1960s, when optimism about what Americans could accomplish was the national elixir.

The automobile was the national icon: powerful, beautiful and reliable. Detroit's advertising slogans reflected America's immeasurable self-confidence. Cadillac boasted that it was "the standard of the world." Buick promised that "when better cars are built, Buick will build them." Packard, then Detroit's ultimate expression of luxury, smugly advised, "Ask the man who owns one."

The car was the example of infinite American possibility. Americans had just returned from winning two wars, one beyond the Atlantic and the other in the Pacific, and we were liberated to think we could do anything -- in business, engineering, medicine, the law or whatever else struck our fancy. We were free to explore the possibilities of the mind. There was the saying that the first-generation American had gone into business so his son could be a doctor and his grandson could be a professor.

The returning American soldier, getting a college education on the G.I. Bill as the happy alternative to the war he had just won, could look at his reality in a fresh way. Many measured themselves by their ability to make money; others exhilarated in how prosperity freed them to "rise above" money matters to study philosophy and literature. But all that was a long time ago.

The pessimism of the present day affects the way we think about the future in narrower ways. A half-century ago, 14 percent of college students studied the humanities, the reflection of the great ideas that liberated an imagination grounded in what Matthew Arnold, the 19th-century English poet and critic, described as "the best that has been thought and said in the world."

Aristotle said mastering metaphors was a sign of genius. That may have been exaggeration from the man who espoused the golden mean, but the ancient philosopher understood that poetry had its practical virtues (even if his colleague Plato didn't include the poet in his ideal society).

Humanities majors sometimes were referred to as "eggheads," disdained by their more practical brothers and sisters, but mostly they were proud to carry on a tradition requiring that they read the great works from antiquity to modernity. Humanities majors are down now to 7 percent, and they are not exactly high status on campus.

In a digital age, no one much cares that the humanities major is an endangered species. The American Academy of Arts and Sciences, in a report titled "The Heart of the Matter," makes the case that, like the natural sciences, the humanities feed "mental empowerment." True enough, but the report ignores important reasons why young men and women ignore a humanities major today. Tenured professors smother the beauty and truth of the ancients with arcane jargon, trading the wisdom from the forest for the weeds of multicultural and politically correct revisionism.

That's too bad. Without the passion that stirs the soul with great writing, it's easy to overlook the riches of a liberal arts education. When Steve Jobs unveiled the iPad, he noted that Apple's DNA was not made up of technology alone. "It's technology married with liberal arts, married with the humanities, that yields us the results that make our hearts sing," he said.

Jobs was not alone in recognizing that the high-tech employers seek innovators who employ imagination, metaphor and storytelling, all growing from the rediscovery of great works of literature. Michael Malone, author and teacher, tells of inviting a Silicon Valley high-tech entrepreneur to talk to his college writing class. When he told his visitor to go easy on the downside of life for an English major in a tech-savvy world, the Silicon Valley entrepreneur replied: "English majors are exactly the people I'm looking for." The battleground, writes Malone in The Wall Street Journal, has shifted from engineering to storytelling as the means of translating an idea into imagined reality. The study of fine writing and the arts opens the mind to a larger nature, to quality measured not by big data, but by big ideas.

"At a time when economic anxiety is driving the public toward a narrow concept of education focused on short-term payoffs," observes the American Academy of Arts and Sciences, "it is imperative that colleges, universities and their supporters make a clear and convincing case for the value of liberal arts education." That's a hard sell to engineers, economists and politicians watching Detroit slide down the tubes, but there's merit in it. You should channel Steve Jobs.