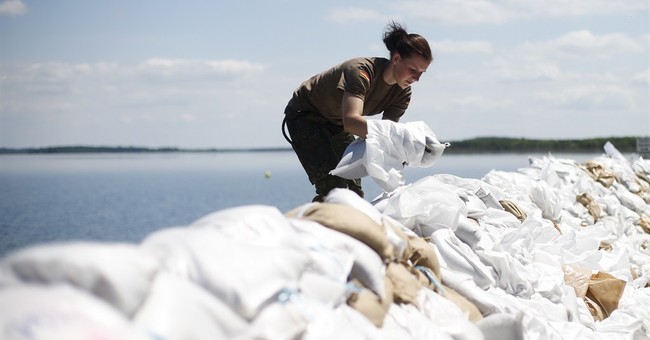 Between the baby boomers on one hand and Generations X, Y and Z on the other, cultural and economic changes have transformed the landscape of our culture. It's difficult to wrap a description around what sociologists call a "cohort."

"I'm not a real person yet," says a 27-year-old college graduate in the movie "Frances Ha," the latest and hippest of the contemporary coming-of-age scenarios. She has no credit card and explains that she even has to look for a cash machine to pay a dinner check. But if she doesn't yet feel mature enough to assume "personhood," at least she has enough cash in the bank to live an independent life. Many modern young adults never leave home.

The latest generation to arrive at adulthood is not only economically adrift, but many of the privileged among them are adrift without time-tested values to anchor them. Sex is readily available, but the most creative among them complain there's no thrill of a romance and the joy of falling in love. Bonding takes place in friendship, but smartphones dominate communication -- there's a lot of looking at flat screens but not so much looking into a beloved's eyes.

Sociologists say that becoming an adult no longer begins where adolescence ends. The age of 20 to 30 is more "post-adolescent" than grown-up. Young adults put off moving past the traditional benchmarks -- a job with benefits, marriage, and the responsibilities of motherhood and fatherhood.

As young singles seek to "know thyself" through connections on iPhones, Twitter, Facebook and other destinations on the Internet, the traditional next stage -- marriage and family -- is undergoing radical change, too. New arrangements in raising families arrive with fundamental alterations in male-female relationships.

A study released last week by the Pew Foundation, putting numbers to these trends, is drawing heated discussions among sociologists, psychologists and economists about the impact of the changes. Nearly 40 percent of mothers with children under the age of 18 are either the primary or sole breadwinner of the family, up from 11 percent in 1960. This statistic covers another more troublesome change: While 5.1 million, or 37 percent of these mothers, are married with a higher income than their husbands, another 8.6 million mothers, or 63 percent of the female population, are raising children alone.

How you interpret these figures may depend on whether you focus first on the individual, then the home or finally the society -- but however you consider them, the numbers are serious issues for reflection about what they mean for the future. What does it mean when a man no longer gets his identity through work, or as the support for his wife and children? Women are better educated than men at every level, but how does it affect culture and personal relationships when a man has a diminished role in a woman's heart and at the family hearth?

When the Pew findings were released, a conservative male panelist on Lou Dobbs' Fox Business News show expressed the once routine observation that animals tracked the human complementary sex roles: The male offers strength and protection, and the female provides nurturing. One blogger shot back angrily that he should tell that to a lioness, a black widow spider or a female praying mantis. But if women are no longer perceived as traditional nurturers, women who work full time either as single or married mothers continue to worry more about their children than men do.

Few Americans are eager to return to rigid formulas for parental roles. Most agree that a woman should work if she wants to, but men urgently need expanded job opportunities now that the blue-collar industries have fled to foreign shores. A boy still needs a man to look up to, and a girl still gets her first impression of the opposite sex from a father, even if he's not there.

In an information society, women have the edge, and both men and women with better educations are leaving behind men who traditionally were trained for industrial vocations. The most startling statistic in the Pew study is that "the total family income is higher when the mother, not the father, is primary breadwinner."

These startling observations won't make the cut in college, where women's studies dominate the curriculum and professors prefer to discuss "The Unbearable Whiteness of Barbie," or the "mythic maleness" of Che Guevara. Feminists must move away from their narrow protests over pay gaps, which are largely determined by personal choices. Rather, they should look at the support gap of psychological and economic accountability for their challenged sisters who have no men around to take paternal responsibility for their children. That's far more important than out-of-date grievances, and will profoundly affect the next generation, whatever we decide to call it.