Can the Internet Change How You Think? 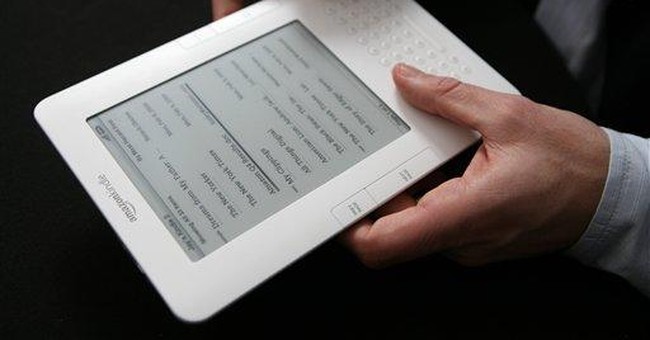 Where you read this column and other commentaries drawing on the news of the day may determine the kind of response you have to the blah blah blahs. Whether you agree or disagree with facts and opinions, what kind of questions you have about content, or whether you simply revel in the sheer pleasure of reading a nicely parsed argument, your reaction is not necessarily determined by subject matter so much as how you get it, on paper or a computer screen.

Here at the intersection of politics and culture lies a new scientific puzzle about the way the brain responds to information. It's at the heart of the question asked of more than 100 writers, artists, philosophers, scientists, engineers and journalists by the intellectual online salon called Edge.org.

Every year, Edge.org poses a provocative question that considers the impact of computer chips, digitized information, virtual reality or whatever else has entered the collective high-tech electronic ecosystem for the delivery of information. The 2010 question is: How is the Internet changing the way you think?

This segues into the latest scientific speculation that the Internet may be changing our cognitive and emotional processing of information. I've even read where kids who are diagnosed with hyperactivity or Attention Deficit Disorder may now be viewed as developing a positive evolutionary ability for multitasking in a high-tech age.

The answers to the Edgy question, no surprise, run the table from Alpha to Zeta and well beyond the speed of the printing press. Some of the scientific cognoscenti think we're smarter and more creative; others say we're dumber, and lazier, afflicted with shortened attention spans. Information is merely spread over a broader space under a thin coating of data. Hence, we wade deeper into the shallows.

The media and the blogosphere are still reacting defensively to a widely circulated article in the Atlantic magazine in 2008 with the title, "Is Google making us stupid?" In it, writer Nicholas Carr compares his brain to that of Hal, the computer come to life in Stanley Kubrick's movie, "2001: A Space Odyssey." He specifically refers to the scene when astronaut Dave Bowman coldly disconnects the memory circuits of the artificial "brain," and Hal cries out, "Dave, my mind is going, I can feel it."

In reaction to the Internet, Nicholas Carr doesn't necessarily think his mind is going, but he feels it changing. He no longer likes long books, and his concentration begins to drift after two or three pages: "The deep reading that used to come naturally has become a struggle."

What comes naturally may no longer be so natural. No matter how much you may read on a Kindle, the idea of curling up cozily in a big armchair before a fire with an e-book is not the comfortable image that comes to mind. But the question about our personal interaction with the electronic media goes to the heart of our changing relationship toward just about everything, politics included, as we become increasingly controlled and manipulated by the rush of details.

It's not coincidental that Harry Reid and Nancy Pelosi won't hold the health care debate on C-SPAN, which is, after all, a relatively slow-moving information delivery system compared to the bang-bang-yell-and-holler we've become used to on television news shows or online.

"The real impact of the Internet is that it has changed the way we make decisions," writes Daniel Hillis, a physicist and computer scientist known in the trade as a visionary. "More and more, it is not individual humans who decide, but an entangled, adaptive network of humans and machines. We are co-dependent, and not entirely in control."

The newest technology has even changed our notions of speed. How else, for example, could health care legislation, that will affect so many of our lives, be pushed so fast if we hadn't got accustomed to accepting deliberate speed over careful deliberation. "We now live in a world in which the rate of change is the biggest change," says David Brockman, founder of Edge.org. We're further at risk in losing an ability to make fine distinctions over degrees of importance. Dumbing down has become fused with speeding up.

Scientists and politicians seldom travel in the same circles, and that's a more troubling split in 2010 than it was a half-century ago. The "two cultures" that C.P. Snow observed in 1959 separating intellectuals from scientific thinkers widened at the end of the last century, when cyberspace became merely a fingertip away in a communications revolution. We all need to be informed, and we must pay more attention to the ways we filter information that affects us all. There's no blah blah about it.