When 'Spiritual Elevation' Is the Law 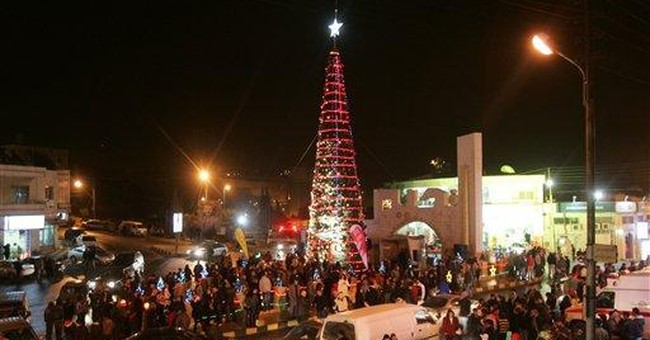 BERLIN -- The Germans are so strong on their family values they want the state to enforce them. They're debating now whether shops should be shuttered on Sunday by law. It's a burning issue in coffee shops, on the street and in the newspapers, hotter than whether Angela Merkel should send more troops to Afghanistan.

Germany's highest court has ruled that keeping Sunday a day of rest benefits everyone, like it or not. So buying a head of lettuce, repairing a bike or purchasing a pair of shoes is not for Sunday. The ruling is especially disappointing to Berlin shopkeepers who find flexible Sunday hours particularly profitable.

Most clergymen, eager to reach the multitudes (the more parishioners in the pews, the louder the hymns), have greeted the ruling with enthusiasm if not awe. The initial complaint against extended Sunday hours was filed by leaders of both Protestant and Catholic churches, who argued that a clause in the German constitution supports the day of rest as important to "spiritual elevation." The labor unions pushed for Sunday as a family day that even atheists could enjoy. Under the ruling, shops will no longer enjoy Berlin's expansive policy of staying open 10 Sundays a year, including the four consecutive Sundays before Christmas, although it did not completely overturn the principle for some Sunday openings. Curbs on hours are expected in other cities, too.

Fortunately for the thousands of tourists who flock to Germany from all over the continent for the traditional Christmas markets, the new regulations aren't effective this Christmas season -- and they can visit retail shops on Sunday, too. More than 2,500 such markets have opened across Germany this year, and shoppers are expected to leave a lot of Euros behind. A typical shopper to a Christmas market spends about 30 Euros, almost $50, and if my own haul of scarves, toys and jewelry is typical, that's a modest estimate.

Dozens of little wooden huts, or stalls decorated with tiny, twinkling Christmas lights, typically stand in neat rows on town squares and plazas. They're tucked into alleys, courtyards and side streets, traditionally offering wooden toys, tree ornaments, nativity scenes and an enormous array of holiday food: gingerbread in Munich, figurines fashioned of dried plums in Frankfurt and stollen, a Christmas cake, in Dresden. It's even possible occasionally to find a hand crafted Hanukkah menorah.

In a typical Christmas market in Dortmund, Hans-Peter Arens sells famous hams, and his son nearby offers mulled Gluewein, the popular seasonal wine. They're among four generations of the family operating a Christmas market. "I know that the church encourages reflection," he tells der Spiegel, the German news magazine, "but I can only be reflective when the cash register is ringing."

It's easy to see why the state-enforced day of rest is not popular with merchants. The Chamber of Commerce scoffs that the court is "out of touch with reality" and argues that eliminating shopping days in a recession doesn't make business sense. Tourists who come to the city only on weekends will take their Sunday business elsewhere, or buy online where there are no restrictions.

"This ruling is like Marie Antoinette saying, 'Let them bake cake,'" complains a querulous patron at a bakery counter, eager to return to buy fresh bread on his day of rest. But support for the ban cuts across political and religious lines, left and right. Many Germans, religious and not, support Sunday's "specialness," if not its sanctity.

"The judges did not just endorse the division of time marked by Christianity," observes Die Welt, a conservative newspaper. "We people as social animals are duty bound and justified in dividing our time (by being) together." The left-leaning Die Tageszeitung agrees, noting that those who want "to play cards, go for a walk or simply laze around" can use a quiet Sunday, too. The center-left Suddeutsche Zeitung concedes the decision sounds antiquated because it runs against the "economic liberal zeitgeist." But that's all right because the enforced day off is a benefit to everyone.

Germans, like other Europeans, often sneer at American capitalism for commercializing culture around the clock, but as in so much other attitudinizing, where you stand always depends on where you're sitting. Europeans generally don't like to work as hard as Americans, who demand marginal tax rates and economic incentives that Germans, French and Italians can hardly fathom.

Americans prize family values, too, and attend church and synagogue at much higher rates than anywhere else in the world. Fights over Sunday closing, enforced by "blue laws," were once a staple of small-town America, too. We no longer rely on the government to tell us how to enjoy our Sundays, but it's hard to find figurines of dried plums in Peoria.