When Shame Yields to Resilience 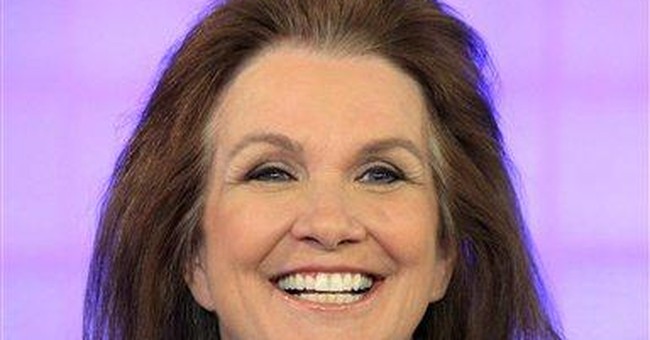 John Edwards wears the scarlet letter on his tailored Armani suits. The bold letter "A" is not embroidered with fine needlework such as Hester Prynne sewed for herself. Neither is it reflected on his chest like the "A" the townspeople of Salem thought they saw, as in Nathaniel Hawthorne's novel "The Scarlet Letter," when Arthur Dimmesdale confessed his hidden sin. But it's a ghostly letter that exposes Edwards to public shame and humiliation written in a wife's pain in Elizabeth Edwards' book, "Resilience." And what resilience she shows.

John Edwards' adultery is a post-modern morality tale, a narrative rich in insight and ripe with Old Testament power. It's relevant to the public because he ran for the presidency and federal prosecutors are now investigating whether he "improperly" gave campaign money to the object of his extracurricular affection. In this morality tale, he has been "stripped bare," as he put it, enduring not only the lacerations of conscience but the consequences of public exposure. His story takes us back to basics.

The sophisticated elites often mock their religious neighbors who uphold the Biblical absolutes of right and wrong, who take the Ten Commandments as doctrine. Commentators with the long fingernails accuse Elizabeth Edwards of exploiting her family for profit and publicity. Maureen Dowd mocks her as "St. Elizabeth" in The New York Times. Tina Brown in the Website The Daily Beast finds her insistence on belittling "the dreaded 'other woman'" as "embarrassingly self-righteous." She "almost" feels sorry for John.

They're looking through the wrong end of the telescope at the glass, darkly. Elizabeth Edwards may have shared her husband's ambition for the White House, but not his extracurricular rutting or his cover-up of fun and games outside their marriage. She was not standing by her man so much as standing silent, reluctantly, over what she hoped was a "one night stand." She only later learned he was on a long night's journey into the daylight.

The prophets and poets have said it all before -- their insights have become cliches. Pride goeth before a fall, the man with eyes who cannot see, "the devil made me do it." But Elizabeth Edwards gets her husband, who was not afflicted merely with "lust in my heart," but something worse.

In a television confessional, he told how in his political campaigns, "I started to believe that I was special and became increasingly egocentric and narcissistic." He's a member of a large and not-very-selective club. Narcissus drowned in a pool when he fell in love with his own reflection. John Edwards never saw the cracks in the mirror when he was combing his big hair.

It's his wife's turn now, and though she may ultimately be singed by the fire of hell's fury, it seems to me that she deserved to write this book. She has an eloquence in speaking to a culture overwhelmed by the din of tweetering gossip and trivialized Facebook friendships, where people come and go, ignoring the depth of character required for true love validated by marriage.

"Resilience" is no text-messaged document, no hypocritical defense, and Elizabeth Edwards is no victim. She speaks and writes with a dignity and toughness that should give her children hope that they, too, can stand up to the adversities that life throws at all of us. That's her legacy to her children and to the rest of us.

The multiple blows to her body, mind and heart, the cancer that terrifies, the trust that was broken, the tragic death of her son at age 16 have neither disillusioned her nor broken her spirit. She fights back the only way she can in a media-saturated age where celebrity trumps morality. Elizabeth Edwards, "wife of," writes with the insight and philosophical acceptance that exposes the shallow ways that politics, for all its pragmatism, often clouds the vision of the eternal verities.

She finds solace in the grief for her son in support groups on the Internet, "an ethereal world where no one (has) a physical presence." This is where she could nurture memory beyond the limited boundaries of politics. In 2007, when she learned that her cancer had metastasized, "John's indiscretion seemed a million miles away." The old life was gone -- the new life was not yet determined.

This is a book about death, destruction and learning how to rise again, or as Elizabeth Edwards puts it, putting one foot in front of another. In a word, "Resilience."