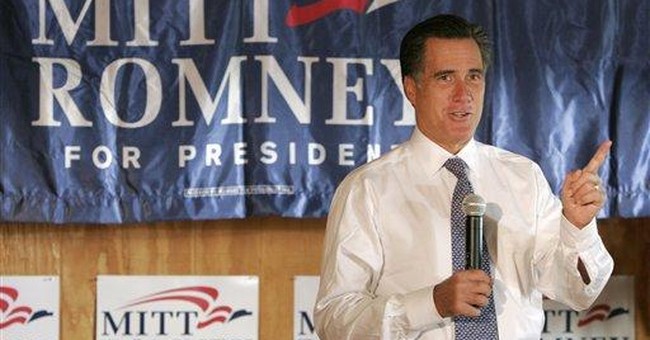 How different our politics might be if presidents and presidential wannabes were like priests, sworn to celibacy. Bill Clinton might still be in Hot Springs. We're forced, among other things, to listen to what wives and children (and maybe soon a husband) say and watch what they do. Families are sometimes assets, occasionally liabilities and often casualties.

Alice Roosevelt Longworth, daughter of Teddy, was a natural for Washington, and ravaged friend and foe with her tart tongue. "If you haven't anything nice to say about somebody," she famously said, and even embroidered it on a sofa pillow, "come sit next to me." Not all presidential children are so effectively armed. Some get attention by embarrassing their parents. Patti Davis, daughter of Nancy and Ronald, still angry and rebellious in 1994 at the age of 41, posed nude for Playboy magazine.

Harry Truman's most memorable domestic moment came when he fired a letter to the music critic of The Washington Post who wrote that his daughter Margaret could not really sing very well. "Some day I hope to meet you," the president wrote back. "When that happens you'll need a new nose, a lot of beefsteak for black eyes, and perhaps a supporter below."

Hillary Clinton primly defended her choice of an expensive private school, rather than a public school, for first daughter Chelsea Clinton. She blamed the press -- and not just the vast right-wing media conspiracy -- for making her choose because reporters could not be prevented from harassing their daughter at such a public place. This was nonsense, of course; she couldn't bear identification as another Washington liberal who talks being democratic but walks elitist. The New York Times reported with breathless excitement the other day that if Hillary is elected president, Chelsea will be a presidential child again.

Vanessa Kerry, whose father lost in 2004, described the dilemma that an adult child of a candidate faces: She can hide to live a normal life, or give up privacy altogether. Either way, the paparazzi will be there. Al Gore's adult son, who apparently wants to drive only in the fast lane, having been arrested again for speeding, invoked his daddy's name when he was arrested and busted for possession of marijuana. But he has to take a drug education course, anyway.

If the toll of politics is hard on the children, it's even harder on the wives who must endure the slings and acid-tipped arrows of a voracious and sometimes vicious press. Kitty Dukakis, whose husband lost in 1988, confessed to being addicted to both drugs and alcohol. So did Betty Ford, who then established a clinic for drug and alcohol abusers like herself.

The victims of a presidential husband's power are considerably more sympathetic than those merely greedy for power. When President Woodrow Wilson suffered a stroke in office and was seriously incapacitated, Edith Wilson stonewalled press and public about his condition and became the acting president. Hillary as first lady was pilloried for her health care scheme, but surmounted the ruins when she ran for the U.S. Senate. Whether she will be haunted for that failure next year is not yet clear.

Mrs. Fred Thompson, whose husband hasn't even declared his candidacy, is taunted unfairly as a trophy wife because she's a looker, she's smart and she's a smart dresser. Mrs. Mitt Romney, a Mormon like her husband, enjoys the distinction that, among the top-tier Republican candidates, she's the only one who's the only wife her husband ever had. No one knows what a first man might be like; we'll avert our eyes for now and not go there.

Jackie Kennedy affected demure feminine ways, and achieved for Jack Kennedy in his death what he never could in life. In his book "Camelot and the Cultural Revolution," James Pierson credits her for designing JFK's perfect funeral. She was beside herself when the assassin was discovered to be not the expected right-wing fanatic, but a one-time defector to the Soviet Union and a proselytizer for Fidel Castro. She bemoaned the fact that her husband "didn't even have the satisfaction of being killed for civil rights. It had to be some silly communist."

But a state funeral modeled on that of Abraham Lincoln created the Kennedy legend as a martyr for civil rights and liberal idealism. She contributed much to the idea that modern liberalism is based not on reason, evidence or intellect, but on the spurious claim to superior virtue. Like ancient Camelot, the Kennedy Camelot was only a pretty myth.